home Biography Who Is Jack Baran? Here's All You Need To Know About Him

Who Is Jack Baran? Here's All You Need To Know About Him 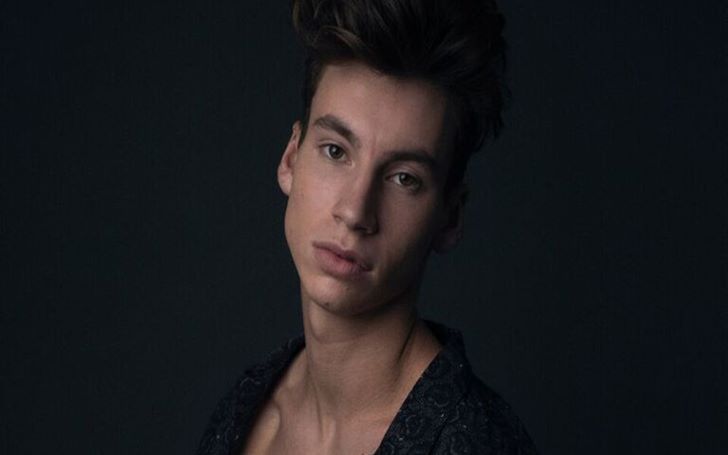 Body and Relation Status of Who Is Jack Baran? Here's All You Need To Know About Him

Jack Mathew Baran, also known as Jack Baran is an American YouTube personality. He is also known as thatsojack, which is the name of his YouTube channel. He mainly makes the video of different topics to entertain the viewers. Moreover, he has collaborated  with fellow YouTubers such as jennxpenn, Chachi Gonzales, Gabbie Hanna and many more.

The American YouTuber was born on January 13, 1997, in Fairfield, Connecticut, United States. As for his parents and childhood, the information is currently unavailable. He has a brother named Doug Baran.

He belongs to American nationality and white by ethnicity. His birth sign is Capricorn. Talking about his education, Jack graduated from Fairfield Warde High School in Fairfield, Connecticut.

Speaking about his relationship, Baran is currently single. In a video released on July 24, 2015, titled I’m Gay, he described himself as a gay. So, he obviously does not have girlfriend. There are no rumors of him having past affairs.

The American social media personality seems to be out of relationship life and more focusing on his career as a vlogger and enjoying the singlehood.

Jack is one of the most popular American YouTubers having over 1.3 million subscribers and a total view cross over 98 million. Being a famous social media celebrity, he must have accumulated a decent amount of net worth, however, the amount could be roughly $500 thousand.

With his talents and skills, the artist has managed to earn around thousands of dollars.

Baran opened his YouTube channel on May 25, 2010. He started his YouTube career by uploading his first video Could It Be You – H*Wood on June 29, 2010. He mainly uploads his living lifestyle and having fun with friends.

Moreover, the American YouTuber signed a contract alongside Paula Cerrilla with AwesomenessTV featuring a Starbucks barista in early 2015. He also collaborated with several other YouTube celebrities like Rebecca Black, Jenn McAllister, Ricky Dillon, and others.

Similarly, Baran appeared in the AwesomenessTV series First Times with Jack + Jenn, alongside Jenn McAllister in 2015. He also went on a tour across the United States as a part of Drop the Mic Tour in December 2016.

Furthermore, he started a quiz game show on the street asking people about their knowledge on Grammy Award in 2017.

Who is Jack Baran?

How tall is Jack Baran?

How much is Jack Baran worth?