Who Is Jackie Cruz? Know About Her Age, Height, net Worth, Measurements, Personal Life, & Relationship 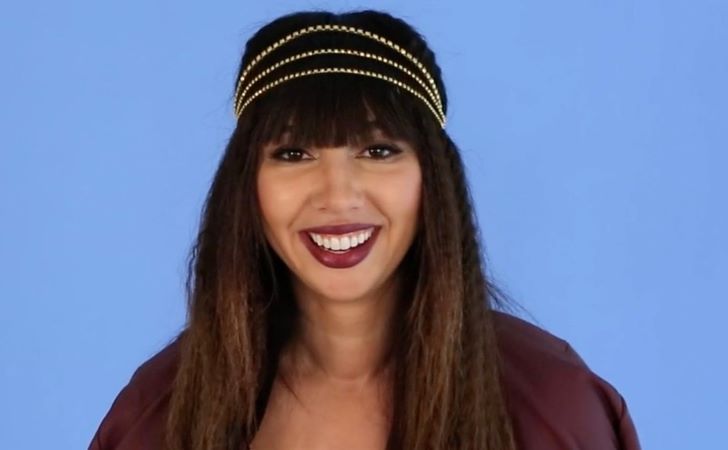 Body and Relation Status of Who Is Jackie Cruz? Know About Her Age, Height, net Worth, Measurements, Personal Life, & Relationship

Jacqueline Chavez, also professionally known as Jackie Cruz is a Dominican-American actress, singer and former model, best known for her role as Marisol “Flaca” Gonzales in the Netflix series Orange Is the New Black. In addition, she is the winner of three Screen Actors Guild Awards.

The gorgeous actress was born on August 8, 1986, in Queens, New York, United States. The information about her parents is currently unavailable. She was raised by a single mother.

Cruz holds the dual nationality of the Dominican Republic and the United States of America. She is Latino by ethnicity. Her birth sign is Leo. She grew up in Los Angeles, California, and Santiago, the Dominican Republic in her childhood. She became interested in entertainment after watching Whitney Houston in The Bodyguard.

Jackie is currently in an intimate relationship with actor Fernando Garcia. The couple is considered one of the cutest pairs. As to when they started dating, it is currently unknown. The couple was seen together on several occasions.

Talking about her sexual orientation, she is a bisexual and in regard to her sexual preference, the actress stated,

"I like the person whether it's a woman—we don't like to be labeled. I'm in a relationship with a man right now, but I've liked women in the past. So I guess we don't want to be labeled. We don't really talk about it, but the actions speak louder than words, am I right? So you're seeing it. You're living it."

This statement makes evident she was into the woman in the past. Although, she is in a relationship, there are no rumors of her getting married anytime soon.

When she was seventeen, she was hit by a car, suffering from a collapsed lung and fell into a coma for three days. She had to go through brain surgery and recuperate. She made the song “Sweet Sixteen” based on this incident.

According to a few online sources, Cruz has amassed a decent net worth of over $1 million as of 2019. She mostly earns from acting in films, TV series, sponsorships, endorsement, and her emerging music career.

The gorgeous American actress worked in some of the popular television series. One of them is Orange Is the New Black where she had a salary of $100,000 per season. Likewise, her co-star, Taylor Schilling was the highest-paid actress with the payroll of $300,000 per season.

Cruz started her professional career as a singer. She worked with the popular singer will.i.am’s producer in a group called Krush Velvet. Later, she released her independent extended play record, Hollywood Gypsy in 2010.

Likewise, she recorded three singles, Don’t Waste My Time, Melly 16, and La Hora Loca which are to be announced.

Her last television series was Orange Is the New Black where she played the role of Marisol “Flaca” Gonzales since 2013. The show was broadcasted for six years until it concluded in 2019. She starred alongside Laverne Cox, Michael Harney, Laura Prepon, Taylor Schilling, Natasha Lyonne, and others.

Moreover, Jackie debuted in the film with 16 Steps as Izar in 2016. Later she worked in two other films which are yet to be released; Faraway Eyes and A Nice Girl Like You.

Who is Jackie Cruz?

Jackie Cruz is an American actress, model, and singer who is widely popular for her portrayal of Marisol “Flaca” Gonzales in Netflix’s original series Orange Is the New Black.

How old is Jackie Cruz?

How tall is Jackie Cruz?

How much is Jackie Cruz worth?