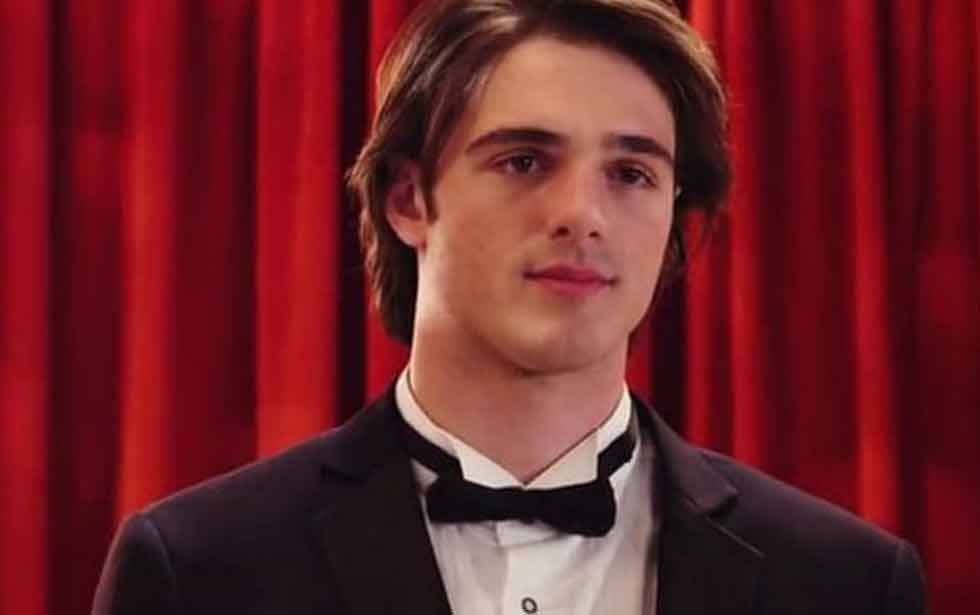 Jacob Elordi, 20 an Australian actor who moved to United State to develop his career in the acting profession. He is best known as Noah Flynn in The Kissing Booth. Like most new actors he is trying to be a famous star.

Currently, he has become news headline when announce dating his teenage co-star. Here you can find about his bio, relationship, dating, height, net worth, and career.

Born on 26th June 1997, Jacob Elordi is an Australian actor who currently lives in Los Angeles, CA. He was raised in Brisbane, Queensland, Australia. He completed his high school from his hometown school, St. Joseph’s Nudgee College.

From his early childhood, Jacob was interested in acting profession. During his school days, he always involved with drama. While at school, he also played Rugby for two years and was first in the row.

He debuts his acting career in 2015 and his first role was in a short film Carpe Liam. Next year he appeared in the role of Max another short movie Max & Losefa. Though he got chance to appear in a big screen in 2017, his role was uncredited for Pirates of the Caribbean: Dead Men Tell No Tales.

The kissing booth trailer has dropped. Go to the link in my Bio to check it out.

Jacob got his initial breakthrough appearing in 2018 romantic comedy film The Kissing Booth alongside his current girlfriend. The film is based on a two youngster born on the same day in the same hospital who later create a bunch of rules to protect their friendship.

Jacob will be appearing as Jake in his new film, The Mortuary Collection and his parent’s living in Brisbane are happy seeing their son progress.

There is no doubt Jacob has stolen hearts of many girls. And the lucky girl who has won the heart of the 20-year-old actor is Joey King, The Kissing Booth co-star. When it comes to young love, they are the quintessential pair.

The two lovebirds have much in common like their profession and love for acting but still, there is a lot of things you might not know about them.

First question, Do you know where they first met?

They didn’t meet in Australia. The adorable couple first met each other in their Netflix movie The Kissing Booth. Their on-screen chemistry was able to win several people hearts and the same romance eventually made their way to a real-life romance. The film opened Jacob opportunities and brought closer to his girlfriend King.

@stickyfingersband tearing up in the states. A bit of nostalgia for me and an absolute experience for my lil American @joeyking onya boys.

Though it wasn’t the love at first sight, Joey revealed her thought about Jacob when they were filming in South Africa.

“Right away we were talking about gross things with each other (laughing). But before long I started to realize, ‘Hey, I think I kind of like this person!’ It was such an interesting experience meeting your boyfriend on set because you spend so much time together and become so close so fast,” Joey, 18 told Just Jared.

“We were spending 17 hours a day together, and all of us would hang out after work and watch movies together and stuff. It was great.”

Later, when the couple began dating they got closer and now their relationship is stronger than ever. Though they are from the different world or at least countries they had found a way to bring a big smile on one another face.

For motion picture use only

The hunky and handsome Jacob height measures 6ft 4 inches and perfectly matches girlfriend Joey who stands 5ft 3 inch tall. Talking about Jacob earning and net worth he has decided to keep it private.