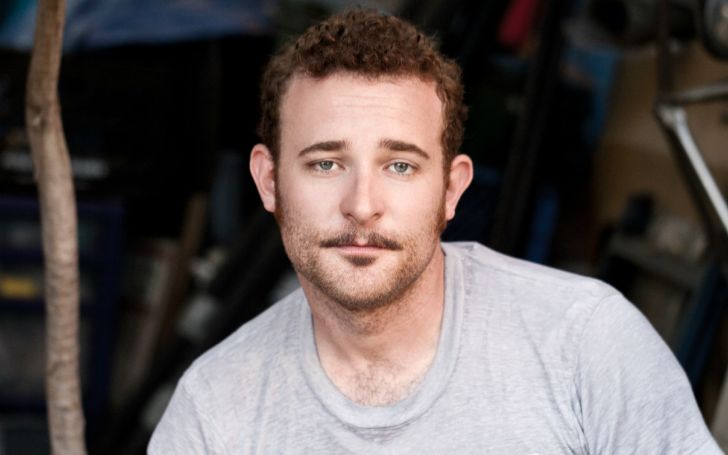 James Haig Adomian aka James Adomian is an actor, stand-up comedian, and impressionist of American nationality eminent for the podcasts Comedy Bang! Bang!, Chapo Trap House, and Last Comic Standing. His other notable portrayal includes President George W. Bush in the movie Harold & Kumar Escape from Guantanamo Bay and various TV shows including The Late Late Show with Craig Ferguson. With his hard works and dedication towards the work, the talented artist currently owns the net worth over millions.

Born on 31 January 1980, in Omaha, James Adomian grew up in Atlanta and moved to Los Angeles along with his family. An American native, he belongs to mixed ethnicity with the birth sign Aquarius.

As for the education, he attended Los Angeles Baptist High School, receiving his early education. He had done a major in Economics and Theater Arts at Whittier College.

The good looking actor is unmarried, yet hasn’t involved in any relationship, as of 2019. He is currently single and living a happy life. James has not dated anyone in the past and has never been linked to anyone in his life.

James is openly gay. He is active on social networking sites such as Twitter and Instagram. Despite that, the creative artist has somehow managed to keep his personal life and relationship history away from the media. Seems likes, he is busy with his work as an actor and stand-up comedian.

Playing various roles in movies and shows, actor James Adomian has managed to maintain the estimated net worth of around $1.2 million, as of June 2019. His net worth is similar to actors Blake Ritson, Zibby Allen, and Gabriel Jarret.

Furthermore, Adomian has earned a pretty good amount from his work, as the average salary of an actor ranges around $50,113 per year while as a standup comedian, he makes an average from $1250 to $2500 per week, nearly six digits figure yearly.

Actor James started his career by appearing as President George W. Bush on The Late Late Show. He had mimic president role in more times in various shows and in movies.

Voice artist started his career in 2005, appearing as Vincent Price in television show Yacht Rock and later became famous by mimicking President George W. Bush in the film Harold & Kumar Escape from Guantanamo Bay and various other TV shows like The Late Late Show with Craig Ferguson in which he appeared for 49 episodes.

He portrayed George W. Bush in other shows like

He also features in a stand-up comedy show Last Comic Standing in 2010.

Initially, he started his movie career from Harold & Kumar Escape From Guantanamo Bay in 2008, he also gave an additional voice for the animation movie Storks in 2016. In addition, he also gave voices for famous Talking Tom series Talking Tom and Friends as Ben and other various artists.

As for 2019, he is busy with  Historical Roasts, Talking Tom and Friends and Our Cartoon President. And also, The Adventures of Drunky will be releasing soon in the coming future.