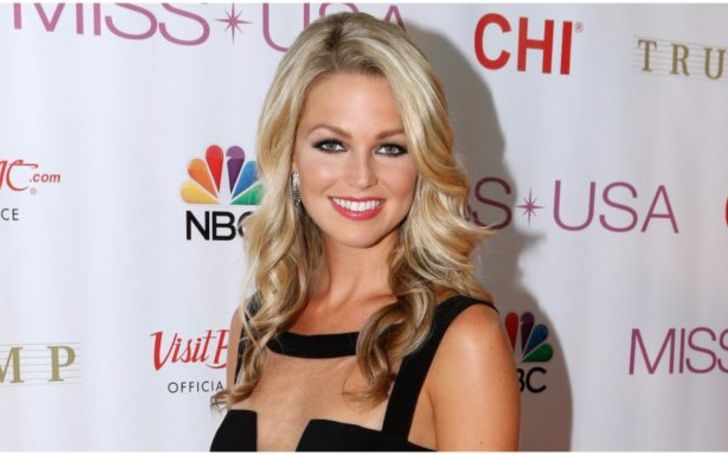 Jamie Erdahl is an American reporter for CBS Sports. She joined the company and contributes to CBS Sports Network as a studio host, in 2014. In addition, Jamie has also served at New England Sports Network before CBS and NESN’s 30-minute live news shows.

Jamie Erdahl was born on December 3, 1988, in Bloomington, Minnesota. She holds an American nationality and belongs to a North American ethnicity. She is the daughter of Chris Erdahl (mother) and Jim Erdahl (father).

Talking about the education, Jamie attended St. Olaf College and she played softball over there. Later, she enrolled at American University to major in journalism and earned his graduate degree in 2011.

The 30-year-old is in a relationship with Sam Buckman, is a football player. It was a rumor that they are engaged and were in a committed relationship.

Later on 22 July 2017,  the couple got married. Well, the couple is living a happy and blissful life.

Jamie Erdahl’s Net Worth and Career

The CBS Sports female media personality Jamie has an estimated net worth of $500 thousand, and it is believed that her salary is more than $95,000. She earns a huge sum of an amount from his career.

As a sportscaster and live games commentator persona, Erdahl also prefers playing, football, baseball, eating, voyaging and as well as Shopping, so it seems that she has enjoyed pretty well with her net worth and salary.

Moreover, she entered New England Sports Network as an anchor-reporter in October 2012.  In 2013, she filled-in on the sidelines for Jenny Dell during the Boston Red Sox season.

I adore football but this week that’s not a glow from loving my job that’s just a perfect combination of sweat, SPF 50, and the beginning of a watch tan. ☀️☀️ • 100 degrees on the field and the @georgiafootball @jake_fromm11 offense had a blazing hot day. 🏈 • Top + Earrings: @express ✨

In addition, Jamie joined CBS sports after working with the NESN for several years and gaining lots of experience from her working career. Currently, she is working with CBS as a lead sideline reporter teaming with Greg Gumbel and Trent Green.