home Biography Who Is Jasmine Tookes? Here's All You Need To Know About Her Early Life, Career, Net Worth, Personal Life, & Relationship

Who Is Jasmine Tookes? Here's All You Need To Know About Her Early Life, Career, Net Worth, Personal Life, & Relationship 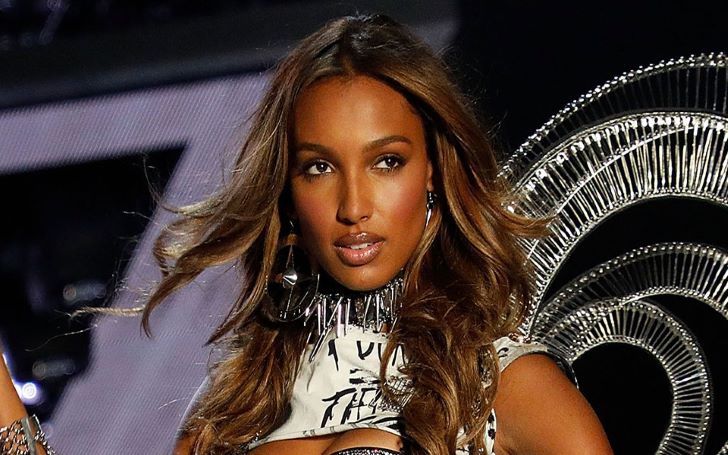 Body and Relation Status of Who Is Jasmine Tookes? Here's All You Need To Know About Her Early Life, Career, Net Worth, Personal Life, & Relationship

Jasmine Danielle Tookes, also, professionally known as Jasmine Tookes is an American model and one of the models of Victoria’s Secret Angel. She has appeared on the cover of Vogue of various countries along with several other international magazines such as Harper’s Bazaar, Numero, V and W. In addition, she walked on the ramp for many brands such as Giorgio Armani, Missoni, Calvin Klein and many more.

The American model was born on February 1, 1991, in Huntington Beach, California, United States. Her parents are Sean Tookes and Cary Robinson. Her mother is a fashion stylist for celebrities. As for sibling, she has a younger sister, Chloe Danielle who is a child model.

Tookes belongs to American nationality and descendant of African, Brazilian, Barbadian, British and Irish ancestry, so we can say she is of mixed ethnicity. Her birth sign is Aquarius. She loved playing volleyball and softball, also did gymnastics for ten years.

As for education, the beautiful model completed her high school from Fountain Valley High School in California, United States.

Tookes is currently in an intimate relationship with the senior partnership manager at Snapchat, Juan David Borrero. The couple started dating each other since 2016 and are together ever since. She often shares pictures of her and Borrero on her Instagram.

The American model previously had a romantic relationship with an American actor, singer, and comedian Brandon Mychal Smith since 2012. The two dated for four years until they parted their ways in 2016. At the same time around, she was also in a relationship with the Danish model Tobias Sorensen.

As of July 2019, an estimated net worth of Jasmine is $5 million. The main source of income is from the modeling for Victoria Secret Fashion Show.

In addition, as a Victoria Secret Angel, she has a huge salary of over $1 million annually and had to earn up to $4 million in 2016. She also worked as a model for various international brands including Louis Vuitton, Tom Ford, Prada, Miu Miu, and Versace.

Moreover, the American model ranked on the 15th for The World’s Highest Paid Models list on Forbes in 2016.

Jasmine started her professional career since 2010 in a commercial ad campaign for two brands, UGG Australia and Gap. Following then, in spring 2011, she appeared in the campaign of DKNY and in a cover of Vogue Italia.

In November 2011, the American model did the photoshoot for South African magazine, Style as a top model. In 2012, she was selected by Victoria’s Secret Fashion Show.

Moreover, Tookes appeared on an episode of CBD’ Hawaii Five-0 on December 3, 2012, alongside her fellow Victoria Secret models Jacquelyn Jablonski and Behati Prinsloo. She was enlisted in the Victoria's Secret Angel list in 2015 and chosen to wear Fantasy bra worth $3 million at the Victoria Secret Fashion Show in France.

The beautiful American model appeared on the cover of various magazines such as Elle France, Vogue, V, W, Numero and many more. She also appeared on Harper’s Bazaar Vietnam alongside Elsa Hosk and Martha Hunt.

Who is Jasmine Tookes?

Jasmine Tookes is an American model and one of the members of Victoria Secret Angel since 2016.

How old is Jasmine Tookes?

How tall is Jasmine Tookes?

How much is Jasmine Tookes worth?