home Biography How Much Is The Walking Dead Star, Jeffrey Dean Morgan Worth At Present? Here's Everything You Need To Know About This Veteran Actor

How Much Is The Walking Dead Star, Jeffrey Dean Morgan Worth At Present? Here's Everything You Need To Know About This Veteran Actor 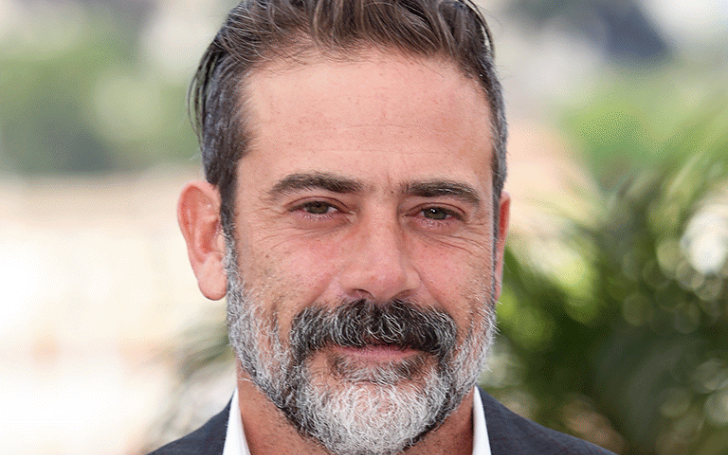 Body and Relation Status of How Much Is The Walking Dead Star, Jeffrey Dean Morgan Worth At Present? Here's Everything You Need To Know About This Veteran Actor

Jeffrey Dean Morgan is an American actor who is well known for his roles as John Winchester on the fantasy horror series Supernatural. Besides, he gained popularity for his roles on the television series The Walking Dead, Supernatural, and Grey’s Anatomy. Also, he played the role of The Comedian in the 2009 film Watchmen. Currently, Jeffery is married to actress Hilarie Burton and shares two children. Jeffery and Hilarie, both being veteran actors has maintained the net worth over millions.

Jeffrey Dean Morgan was born on April 22, 1966, in Seattle, Washington under the birth sign of Taurus which defines him as a reliable, ambitious and sensual personality.  He is the son of Richard Dean Morgan (father) and Sandy Thomas (mother).

Once Jeffrey Dean Morgan lost around 40 pounds for his role in Texas Rising. He disclosed that,

I got there and I was probably about 175. I left and I was about 130. I ate a can of tuna fish a day. I did it in the most unhealthy way possible … I didn’t consult with a doctor or anything. We had said maybe we should lose, like, 10 pounds, and I just kept going and going, and by the end of the movie, I was just [moving] like a snail.

Morgan was married to actress Anya Longwell on May 30, 1992, in Las Vegas. Because of some personal issues, they parted their ways and divorced in 2003.

After some years in 2007, he was engaged to his former Weeds co-star Mary Louise Parker. Their engagement ended in April 2008.

In 2009, Morgan began a relationship with actress Hilarie Burton and eventually got married in 2014. Moreover, the couple is blessed with two children, a son Augustus Morgan, born on March 2010, and daughter George Virginia Morgan, born in February 2018.

Jeffrey’s net worth, as of July 2019, is $10 million, according to Celebritynetworth while his spouse Hilarie Burton who is also an actress is worth $5 million. He is earning well from his successful acting career.

Jeffrey takes around $200 thousand per episode from his appearances on television series Walking Dead. Likewise, from his performances in other films and TV shows, he has made his earning in million of dollars.

He has a car collection among which one of his cars is Chevrolet Corvette Grand Sports Pace Car. Talking about his house, well, the Walking Dead Star purchase an apartment in Manhattan for $2.85 million.

Morgan and Burton has additionally made their home in the town of Rhinebeck in Dutchess County, New York on a working homestead with dairy animals, chickens and alpacas.

Since, 2014, they have been co-proprietors (alongside Morgan's companion, entertainer Paul Rudd) of Samuel's Sweet Shop, a Rhinebeck treat store they spared from being shut after the past proprietor, a companion of theirs, kicked the bucket abruptly.

In 1991, Jeffrey debuted his acting career with the film ‘Uncaged,’in which he played a minor role. He began starring in the fantasy–drama series ‘Supernatural’ as ‘John Winchester’in 2005. He then played major roles in the series ‘Weeds’ and ‘Grey’s Anatomy’.

His biggest career breakthrough came in 2009 when he played in ‘The Comedian’ in the superhero drama ‘Watchmen’ was based on an iconic graphic novel written by Alan Moore and Dave Gibbons.

She was offered the role of ‘Edward Blake/The Comedian. Similarly, Jeffrey appeared in the action–comedy film ‘The Losers’ in 2010. In 2016, he played the role of ‘Negan,’ the ruthless antagonist in the hit zombie-horror series The Walking Dead.

As of 2019, he is working in the series The Walking Dead. His recent movies were Batman v Superman: Dawn of Justice and Rampage.

Who is Jeffrey Dean Morgan?

Jeffrey Dean Morgan is an American actor who is well known for his roles as John Winchester on the fantasy horror series Supernatural.

How old is the veteran actor?

How much is worth at present?