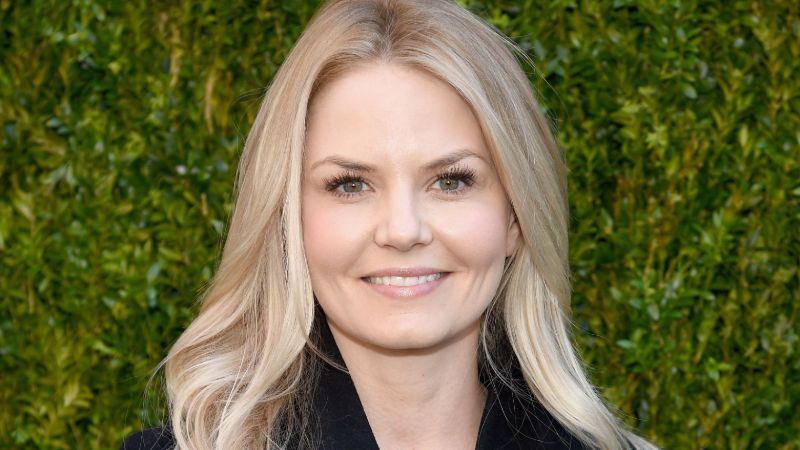 The American actress Jennifer Morrison is recognized for her performance in medical drama series House as Dr, Allison Cameron, and Emma Swan in the ABC's Once Upon a Time.

Besides, she had also appeared in well-known shows like How I Met Your Mother. How about we learn some exciting facts of Jennifer Morrison in this article? Let's begin.

7. Had A Fun-filled Teen Years

Jennifer grew up in Arlington Heights, Illinois, where she attended South Middle School and then graduated from Prospect High School.

In the school's marching band, Morrison was an All-State clarinet player and would play clarinet in the concert band. Moreover, she would sing in the high school choir and was a cheerleader in the pom squad of the school.

When she was around the age of 10, she appeared on the cover of Sports Illustrated for Kids with Michael Jordan.

6. Her Father Was Named Teacher Of The Year

In March 2003, Jennifer's father, David L. Morrison, named as the Teacher of the Year by the Illinois State Board of Education. He is a retired high school band director and a music teacher.

Moreover, Jennifer's sister, Julia Morrison, is a music therapist, along with being a singer and songwriter. Morrison's brother, Daniel Morrison, is also a high school band director.

5. Is Good Friend With, Ashlee Simpson

American singer and actress Ashlee Simpson started her own reality television show called The Ashlee Simpson Show in 2003. Many other artists appeared in the reality series, which focused on the career before and after the recording of her debut album, Autobiography.

Nevertheless, Morrison stood among others as she made guest appearance multiple times on Ashlee's show. Morrison and Simpson also attended the launch party of Decades Denim presented by Cameron Silver and Angelique Soave on November 2, 2010, in Beverly Hills, California together.

4. Started Her Career As A Child Model

In the 1990s, Morrison appeared in the print advertisement for JC Penney and Montgomery Ward. Later, she also did commercials for Rice Krispies and Mondo.

After working as a child model, she made her film debut from the movie Intersection at just the age of 14 as Meaghan Eastman, daughter of Richard Gere and Sharon Stone. The same year, Jennifer also appeared in the comedy-drama film Miracle on 34th Street as Denice.

The 40-years old actress begun dating her co-star, Jesse Spencer, from House in 2004. Spencer, who proposed Morrison at the Eiffel Tower in Paris on December 23, 2006, took almost six months to ask her for the marriage.

However, both called off their engagement in August 2007 amid the decision to wed in the following years. They maintain an amicable relationship.

Morrison dated Prison Break actor Amaury Nolasco in 2009 and stayed in the relationship for three years.

Later in 2012, Jennifer went on to date Sebastian Stan after they met on the set of Once Upon A Time. They broke-up in the mid-2013.

2. Left Once Upon a Time Due To Hectic Schedule

The 40-years old actress received a favorable response for portraying the character, Emma, in the ABC's television series Once Upon a Time.

However, when the creators of the show approached her for season seven, she declined the offer. In an interview with the Deadline, Morrison exclaimed,

"I spent six years year on House, a year on How I Met Your Mother and spent 6 years on Once Upon a Time, and collectively that’s 13 years of network schedule, which is an amazing and incredible gift but it’s a grueling schedule."

Morrison became nominated for various accolades for her role, including People Choice Award and Teen Choice Award. She last appeared in the episode Leaving Storybrooke of the seventh season.

In an interview with E! Online, Morrison stated,

"By the way, this was not something that was just like offered to me. I had to fight for this. I love the show."

Morrison plays as Cassidy Sharp, who, according to the series creator Dan Fogelman 'is a huge part of the season.'