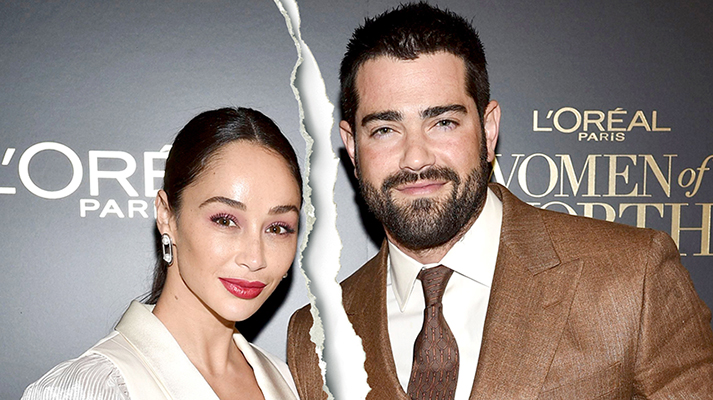 Official! The Desperate Housewives star Jesse Metcalfe split from his girlfriend turned fiancee Cara Santana after more than one decade of dating. A source close to the couple told People the pair went their separate ways three weeks ago (early Jan. 2020).

However, another source revealed they weren't separated until Wednesday, 22nd January. The second source told,

She was wearing her ring yesterday. She had no idea things weren't fine until she saw the photos online today. I promise they never broke up until today.

Cara is not going to comment and asks that everyone please respect her privacy at this time.

Their breakup news comes just days after the 41-year-old actor was snapped getting cozy with a woman at a bar in Sherman Oaks, California. Metcalfe was seen kissing a blonde woman while wrapping his arms around her. Moreover, Daily Mail reported the actor was spotted leaving a lunch hand-in-hand with a Hungarian model Livia Pillman.

On January 4, 2020, Metcalfe and Santana made their appearance at The Art of Elysium's 13th Annual Celebration. At the time, Santana told Us Weekly,

It's hard to imagine our lives without children, but I have no desire at the moment.

Metcalfe and Santana first met in the mid-2000s. After a couple of years after their first meeting, they started dating in 2009, however, they kept the details under the media radar for more than five years before revealing it in the media. The pair gushed about their romance during their interview with YouTango in August 2013. At the time, Metcalfe said,

I wouldn't say it was love at first sight. It was more of a slow burn, which I think is a better start for a relationship. I think if it comes on fast and furious, it generally fizzles out just as fast. We were slow and steady.

Santana added the pair had known each other for 10 years.

They Became Engaged After Around a Decade Together

Jesse Metcalfe and Cara Santana got engaged in August 2016, after spending more than ten years together. The John Tucker Must Die star popped the question to Cara just days after her 32nd birthday.

Just before their engagement, the now separated lovebirds bought a new home together.

According to Us Weekly, Santana told them the pair were planning to wed in September 2018 in an interview in October 2016.