home Biography Who is Jessica Hayes? Here's Everything You Need To Know About His Early Life, Age, Career, Net Worth, Personal Life, & Relationship

Who is Jessica Hayes? Here's Everything You Need To Know About His Early Life, Age, Career, Net Worth, Personal Life, & Relationship 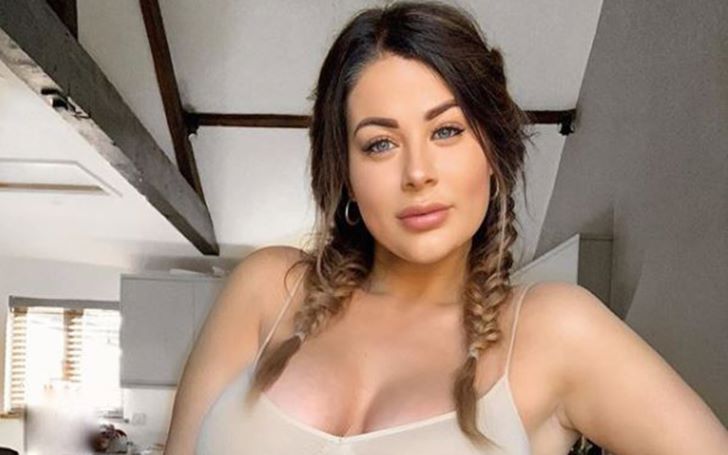 Body and Relation Status of Who is Jessica Hayes? Here's Everything You Need To Know About His Early Life, Age, Career, Net Worth, Personal Life, & Relationship

Jessica Hayes is a British reality television personality, model, and Instagram star. She came into limelight when she became the contestant of the ITV2 reality show Love Island ultimately become the winner of the show. In addition, she worked as a model for various brands. Hayes was also nominated for a National Reality TV Award.

The British model was born on April 22, 1993, Gloucester, England. She belongs to white parents however not much information is available in regard to her family.

Hayes belongs to English nationality and white by ethnicity. Her birth sign is Taurus and follows the christian religion. She had a keen interest in modeling since childhood.  As for academic qualifications, she is the degree holder in styling and fashion designing.

Jessica Hayes’ Personal Life: Who is her husband?

The gorgeous British model is currently in a relationship with Dan Lawry. The couple started dating in February 2018. Not so long after six months, they held an engagement ceremony in August 2018.

The couple was long-time friends before they started dating. After the engagement, Hayes showed off her engagement ring on Instagram saying,

“He's only gone and put a ring on it. What an emotional 24 hours I'm smiling so much my face actually hurts!

My best friend has made me his fiancé in the best way ever.”

They are so deep in love that both of them inked matching tattoos on their thumbs. In addition, her boyfriend even tattooed Jessica’s face on his left leg with the word MINE underneath the face with an arrow pointing at the face.

She gave birth to a son Presley on June 27, 2019. In her social media, she revealed that she nearly gave birth to the child in the car. However, they have not held wedding ceremony yet.

The net worth of Jessica Hayes is still under review. After winning the finale of ITV2 reality show Love Island in 2015, the winner won £50,000 prize fund.

In addition, Jessica is also a model who worked for various brands in promoting the products.

The beautiful British model appeared on the ITV2 reality TV show Love Island as a contestant. With the progress and supportive audience, she reached in the finals of the show along with Max Morley. As a couple, the duo won the 2015 season of Love Island.

After the show, Jessica started to work as a glamour model and made deals with various brands including Ax Paris, Rebellious Fashion, Katch Me, Legoe Heritage and many more. She promotes the brand on her Instagram.

Who is Jessica Hayes?

Jessica Hayes is a British reality show personality and glamour model, best known as one of the winners of ITV reality show Love Island.

When is the birthday of Jessica Hayes?

The birthday of Jessica Hayes is in April 22.

How tall is Jessica Hayes?

Where is Jessica Hayes from?

Jessica Hayes is from Gloucester, England.