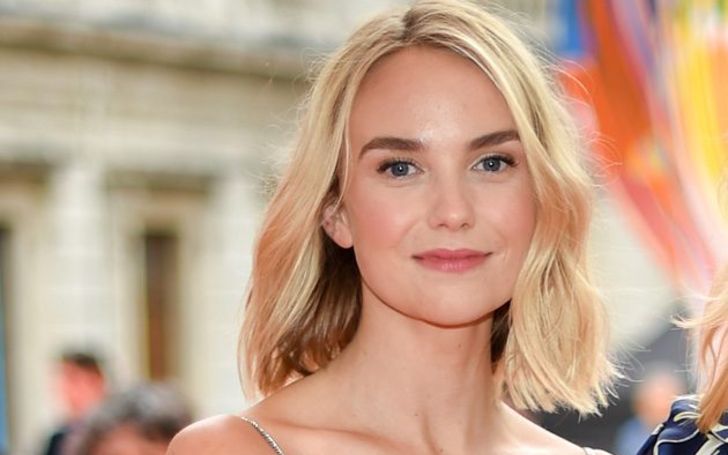 The award-winning actress Joanna Vanderham is famous for her role Cathy in The Runway, Margo in What Maisie Knew, Penelope Blake in Warrior and Denise Lovette in The Paradise. She is active in the industry and inspiring many girls to pursue their career in the same field from nearly decades.

Joanna Vanderham was born in 1991, Perth, Scotland on October 18 under the birth sign, Libra. She holds dual nationality that is British and Scottish. Similarly, she belongs to white ethnicity. Her mother is Jill Vanderham whereas her father is Tom Vanderham.

She was the student of Robert Douglas Memorial School. Then, she went to the High School of Dundee and later, she enrolled at the Royal Welsh College of Music and Drama.

Joanna Vanderham’s Relationship History: Is she dating someone?

The 27 years old Joanna Vanderham is probably single as of 2019. She is neither married nor dating anyone at the moment. Well, the stunning diva prefers keeping her personal life in a low profile.

Due to the lack of information, the information about her private life is unavailable. She is neither spotted nor caught with anyone in any events or programs.

Vanderham likes spending her spare time enjoying with her family and friends. As of now, it seems that she is busy building her career rather getting in romantic love affairs.

The Scottish actress Joanna Vanderham owns $500,000 as a net worth through her career. Mainly, her fortune is collected by her acting career nearly decades. Well, in Scotland an actor earns around $197,527 annually so, she might receive similar dollars.

Since 2011, Joanna is active in the acting field. She debuted in the entertainment industry from her TV miniseries The Runaway. Additionally, she also appeared in more series and films such as Young James Herriot, The Paradise.

Similarly, she also featured in What Maisie Knew, Blackwood, The Go-Between, One of Us, Man in an Orange Shirt, The Boy with the Topknot, Warrior, and more others. Furthermore, some of her stage credit includes The Promise, The Dazzle, Othello, and Richard III.