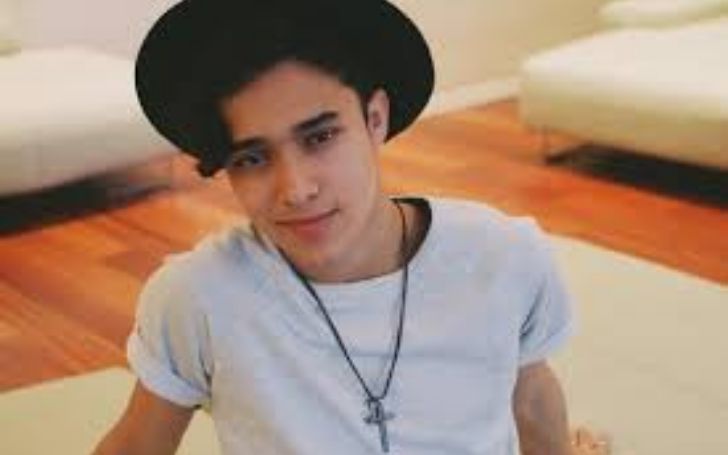 Joel Pimentel, the Mexican music sensation, is a Latin American pop singer who gives us the reason to level up the music volume. In 2016 Primera Cita, Joe Pimentel and his musical band, CNCO’ first album became a sensational hit that won a ‘Lo Nuestro’ award as Latin pop album of the year. He and his band have grabbed two iHeartRadio Music Awards in 2017 & 2018 and Billboard Latin Music Award in 2017.

His social media is filled with lots of pictures with his mother and siblings. He has not disclosed a lot about his father who died on January 7, 2015, but posted a photo on the death anniversary.

Pimentel’s late grandfather is one of his major inspiration and the role to fuel up his musical ambition in him. He completed his education from Oak Hills High school located in his hometown Hesperia, California.

Joel Pimentel has kept his private life away from the spotlight, which makes it difficult to discover anything about his love life, despite being a social media star. He tweeted on 4 June 2015 that

He further simplified himself on 19 November 2015 by replying to a query of a fan about being single.

@yaareli_royce no I do not

Finally, during the 2016 interview for the E! News, Joel said that

I have the biggest celebrity crush, Kendall Jenner.

Joel Pimentel’s Career and Net Worth

CNCO include Joel Pimentel and other famous band members like Christopher Velez, Richard Camacho, Zabdiel de Jesus, and Erick Brian Colon. Certainly, his band has become one of the most leading musical bands from the last three years. He along with his bandmates became the finalist on the reality competition show La Banda which earned him a huge popularity.

Primera Cita, released in 2016 became a great success which accredited Diamond, Platinum, and Gold around the globe, was their first album. Besides that, his band has collected numerous awards; two iHeartRadio Music Awards in 2017 & 2018 as well as Billboard Latin Music Award in 2017.

Along with his flashy singing career, Joel tried in the acting world. He debuted in the entertainment industry through the TV series Pura Quimica in 2010.

Joel Pimentel at such a young age of 19, has earned popularity because of his strong social media presence. Along with the name and fame, he earned an immense income. From his successful career, it can be calculated that his net worth is to be $800,000. Above all, he is living a lavish life in Hesperia, California with his family.