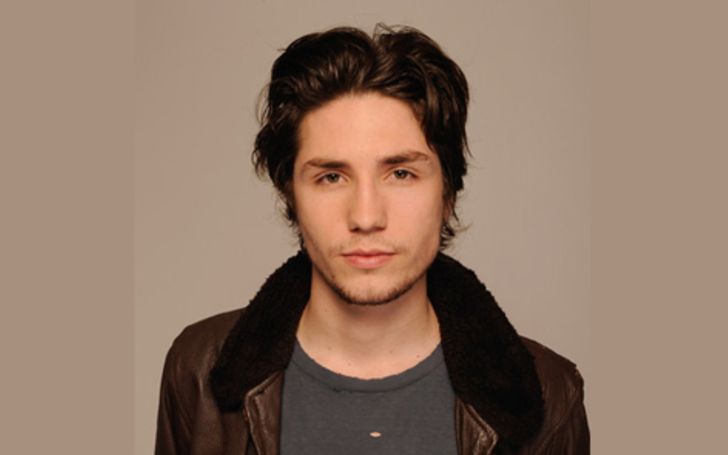 John Patrick Amedori is an American actor and musician perhaps recognized for his portrayal of thirteen-year-old Evan Treborn in the television series The Butterfly Effect. Also, he acted in numerous television shows including Law & Order and Joan of Arcadia.

Pratick Amedori was born on April 20, 1987, Baltimore, MD under the birth sign of Taurus. He holds an American nationality and belongs to a white ethnic group.

Patrick grew up along with his brother Anthony Amedori in Maryland and completed his high school at the age of 15.

The 31-year-old, Patrick is possibly single. Well, the actor has kept his personal life secret.

Previously, he was in a romantic relationship with an American actress Brie Larson. They started dating in 2008, unfortunately, their relationship ended in 2012.

After getting apart with Larson, Patrick never thought about dating any other girl. In fact, he kept himself focused on his career rather than being engaged in a romantic love affair.

The American actor has a net worth to be around thousands of dollars. He has earned a decent amount of salary from his career. In his career, he has worked in dozens of films and TV shows.

The average salary of an actor earns $39.84 per hour which is around $50,529 per year. He might be earning at the same range from his profession as an actor.

Here are some of his movies with its box office collection are:

Patrick made his acting debut from 1998 movie D Minus. Later, he appeared in several movies such as Unbreakable, Incest, The Good Humor Man, Little Athens, Mrs. Harris, TIMER, The Family Tree, and The Last Stand.

In 2004, he appeared in American psychological thriller film The Butterfly Effect. He played a thirteen-year-old boy Evan Treborn in the movie. The project was completed under the budget of $13 million and grossed $96.1 million at the box office.

His most recent movie appearance was in the 2018 movie After Darkness and on TV, he had a main role Gabe in the TV series, Dear White People in the year 2017. He appeared in an episode of the series The Good Doctor in 2018.