home Biography Who Is Johnny Galecki? Here's All You Need To Know About His Age, Height, Measurements, Personal Life, & Relationship

Who Is Johnny Galecki? Here's All You Need To Know About His Age, Height, Measurements, Personal Life, & Relationship 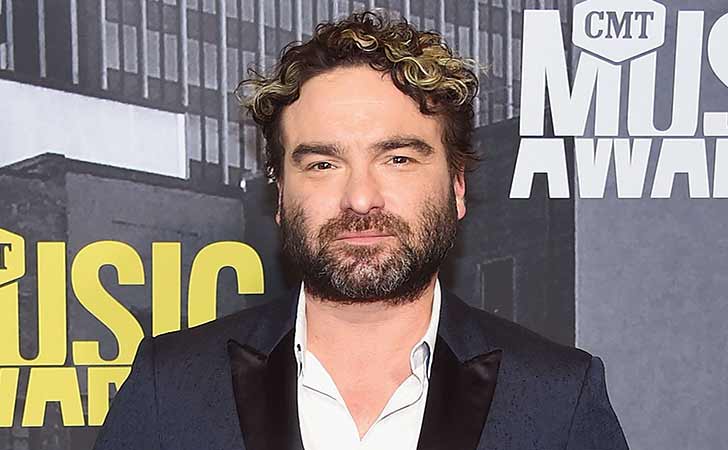 Body and Relation Status of Who Is Johnny Galecki? Here's All You Need To Know About His Age, Height, Measurements, Personal Life, & Relationship

Johnny Galecki is an American actor known for playing Leonard Hofstadter in CBS sitcom, The Big Bang Theory. He is also known for his character, David Healy in the sitcom, Roseanne. Some of the movies he has appeared in are Prancer, Suicide Kings, I Know What You Did Last Summer and Rings.

John Mark Galecki was born on April 30, 1975, in Bree, Belgium to father, Richard Galecki and mother, Mary Louise Noon. His father was a U.S. Air Force member stationed in Belgium while his mother was a mortgage consultant.

Johnny has two younger siblings: brother, Nick Galecki and sister, Allison Galecki. Johnny grew up in Oak Park, Illinois. He has American nationality and belongs to the mixed ethnic community. His is of Polish, Irish, and Italian descent. Since he was born in late April, his zodiac sign is Taurus.

Johnny is currently dating Alaina Meyer for almost a year, as of August 2019. They started dating around September 2018. On May 3, 2019, Johnny announced that he and his partner were expecting their first child. They later revealed that they were going to have a baby boy.

Galecki previously dated his Big Bang Theory-costar Kaley Cuoco for two years till December 2009. He was also rumored to go out with other celebrities like Sara Gilbert, Ari Graynor, and Kelli Garner.

Johnny has not been previously married and nor has any former spouses.

Net Worth, Career, and Earnings

Johnny Galecki amassed quite a net worth of $50 million from his acting career. His bank account saw a steep rise after he joined the popular show, The Big Bang Theory.

When he joined the show in 2007, his salary per episode was $30,000 per episode but that soon increased after the show gained its popularity.

By the end of 2014, Johnny had a staggering salary of $1 million per episode which made him one of the highest-paid television actors in the world. In 2018, the 44-year-old actor pocketed $25 million pretax in the 12 months preceding June 1, 2018.

He currently resides in the late 1920s Spanish villa in the Outpost Estates neighborhood for which he paid $9.2 million in 2015. The house previously belonged to actor Jason Statham.

Johnny Galecki debuted as an actor in tv miniseries, Murder Ordained in 1987 with Kathy Bates, and John Goodman. In 1992, he joined the American sitcom, Billy as a regular. The same year he appeared in ABC’s sitcom, Roseanne for five years from 1992 to 1997. He joined the show again in 2018.

In the 1990s, he also appeared in movies like Backfield in Motion, A Family Torn Apart, Without Consent, and Bean.

Before blowing up, he also starred in series like Civil Wars, Batman Beyond, LAX, My Name is Earl, My Boys, and American Dad!. Galecki joined The Big Bang Theory in 2007, as the main role of Dr. Leonard Hofstadter alongside Jim Parsons, Simon Helberg, Kunal Nayyar, Kaley Cuoco, and Mayim Bialik.

Who is Johnny Galecki?

What is Johnny Galecki’s age?

What is Galecki’s net worth?

Johnny Galecki has an estimated net worth of $50 million.

How many followers does Johnny Galecki have on Instagram?

Johnny Galecki has the following base of 3 million as of 2019.

What is the eye color of actor Johnny Galecki?