home Biography Who Is Jon Bernthal? Find Out All You Need To Know About His Age, Early Life, Career, Net Worth, Personal Life, & Relationship

Who Is Jon Bernthal? Find Out All You Need To Know About His Age, Early Life, Career, Net Worth, Personal Life, & Relationship 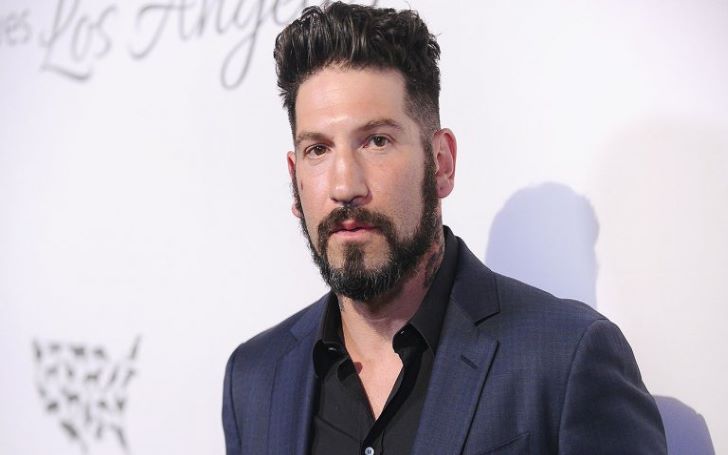 Body and Relation Status of Who Is Jon Bernthal? Find Out All You Need To Know About His Age, Early Life, Career, Net Worth, Personal Life, & Relationship

Jon Edward Bernthal, also known as Jon Bernthal is an American actor, best known for his emotionally damaged and hot temper characters in the films. Starting the career with minor roles, he has appeared in several films and TV series like The Walking Dead, Daredevil, etc. Moreover, he played the leading role of Frank Castle in the popular Netflix MCU web series The Punisher.

The American actor was born on September 20, 1976, in Washington D.C., United States. He was born to father Eric Lawrence Bernthal, a member of the board of directors at the US Humane Society and mother Joan Lurie Marx.

As for siblings, he has two brothers Thomas, a former producer for NBC News and Nicholas, a surgeon and professor at UCLA. His family is Jewish and immigrant from Europe.

Bernthal belongs to American nationality and his birth sign is Virgo. He is from a white ethnic group. He was raised in Cabin John, Maryland and graduated from Sidwell Friends School in 1995. He attended Skidmore College in New York however dropped out in the middle.

At the recommendation of his acting teacher, the actor joined Moscow Art Theatre in Russia and played as a catcher in a professional baseball team during his time in Russia.

Jon Bernthal’s Personal Life: Who is his wife?

Talking about his marital affair, Jon married an American trauma nurse Erin Angle in September 2010. She is the niece of professional wrestler Kurt Angle. The two started dating since 2008 for two years before matrimony.

Jon often makes new hairstyle for different TV shows to make it more unique. Similarly in The Punisher, he trimmed the two sides and the back of the head showing the skin and leaving on the upper head.

The American actor has an estimated net worth of $8 million as of July 2019. The main source of his earning is from acting in films and TV series.

When Jon worked in The Walking Dead, he had a salary of $80,000 per episode. After playing in several popular movies and TV series such as Baby Driver, Sicario and The Punisher, the actor has amassed huge net worth.

In addition, Bernthal sold his cottage house in Venice collecting a huge amount of $1.95 million.

An executive director of Harvard University’s Institute for Advanced Theatre Training discovered Jon in Russia while his visit. Jon is a method actor working over 30 plays since 2002. Moreover, he also appeared in several popular TV series like CSI: Miami, Boston Legal and How I Met You Mother.

The American actor appeared in ABC’s East wick alongside Jaime Ray Newman, an American actress, singer, and producer, in 2009. The turning point in his career appeared when he got the chance to play in The Walking Dead as Shane Walsh and nominated for Breakout Performance at the 2011 Scream Awards.

Recently, he is working in 2019 film Ford v Ferrari as Lee Lacocca and upcoming movie The Many Saints of Newark(2020).

Who is Jon Bernthal?

Jon Bernthal is an American actor in films and TV series, best known for roles in The Walking Dead and The Punisher.

How tall is Jon Bernthal?

What is Jon Bernthal race?

He is decent of the mixed ethnicity of German and Austrian ancestry.

How much is Jon Bernthal worth?