Jon Kortajarena Is Openly Gay-Know His Relationship With Luke Evans 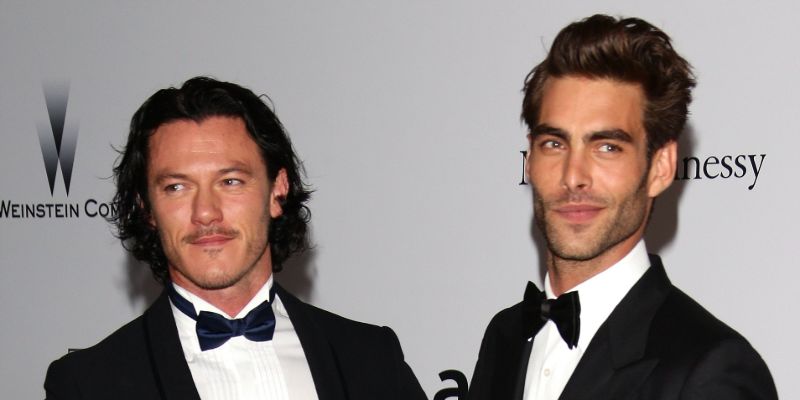 Jon Kortajarena, 34, is a Spanish actor and model. One of the most successful male models in history, he ranks near the top of nearly every top models' list.

A natural in front of the camera, his transition from model to actor, was smooth and effortless. He loved the camera, and the camera loved him. He plays Nicolás Vázquez in the Netflix TV series High Seas.

However, as much success as he has enjoyed for this professional career, his personal life is also the subject of many tabloid gossips.

Kortajarena is openly gay, and he has been in many high-profile relationships, most notable of which is his on-again-off-again relationship with the Welsh actor Luke Evans.

We look at Jon Kortajarena and Luke Evan's relationship, as well as his past flings and rumored affairs.

By far, his most high-profile relationship to date is his liaison with 40-year-old Welsh actor Luke Evans.

A bona fide Hollywood superstar, Evans is the star of such movies as Dracula Untold, the Fast and the Furious franchise, Beauty and the Beast, to name a few.

The two made tabloid headlines when they were seen out and about in 2014. According to reports, their relationship ended in 2016 after two years.

Reports began circulating in 2017 about a possible reconciliation between the two, fuelled by an Instagram post by Evans.

Evans had been filming in Budapest posted a birthday celebration picture with the caption that read: “What an amazing bunch of people. Thank you for an amazing birthday. Just missing one special someone … you know who you are.”

The tabloid had a field day, and speculations ran amok about who the mystery person was. When it became known that Kortajarena was also in Budapest at the time, gossip sites took it as an absolute certainty that the mystery man was none other than Kortajarena.

Evans quickly modified the caption to “What an amazing bunch of people,” and both parties have remained mum about the rumors. As of now, the two are thought to have gone their separate ways.

Jon Kortajarena has been far from coy about his relationship and his sexuality. Before Evans, Jon experimented with his sexuality, dating both male and female partners.

One such individual was the Spanish actor and producer Alfonso Bassave.

Star of such movies as The Rendezvous, Love in Difficult Times, and Stockholm, Alfonso was reportedly dating Jon in 2010. Their relationship started and died out of the mainstream spotlight.

Kortajarena also experimented with straight relationships. He was in a relationship with Spanish actress Blanca Romero circa 2007.

Luke Evans was also rumored to be involved in numerous relationships- gay and straight- before Jon. Some of the most buzz-worthy rumors linked to the Welsh actor were with the Australian actress Indiana Evans and Holly Goodchild. Seeing as Luke was so secretive about his personal life, none of the stories have been confirmed.