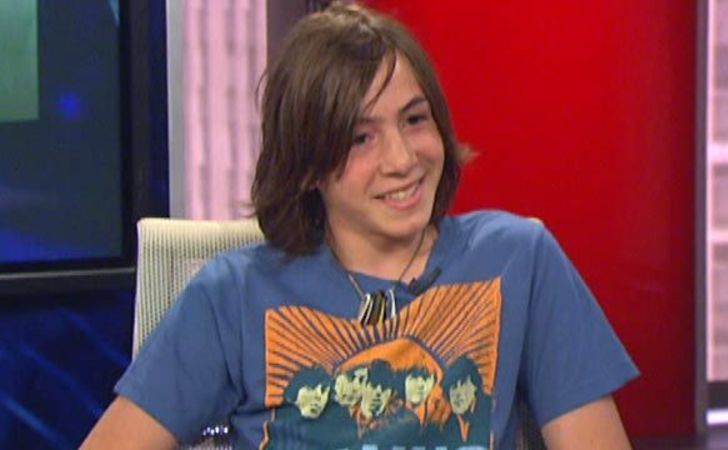 Jonah Bobo is an actor known for his work films like Zathura and Crazy, Stupid, Love. He gained prominence as a child actor due to his endearing and adorable roles. Starting his journey at an early age in 2004 he has slowly made a name for himself in the industry playing roles like Robbie Weaver, Young Victor Mancini, and Ben Boyd.

As for his siblings, he has a sister named Georgia Bobo. His paternal great-grandmother was a well-known businesswoman and philanthropist by the name of Salha “Mama” Bobo.

He is an American by nationality and belongs to Mixed ethnicity having Egyptian Jewish, Syrian Jewish and Ashkenazi Jewish heritage.

Jonah Bobo’s Relationship History: Does He Have A Girlfriend?

Although former child actor, Bobo has been in the spotlight for most of his life there is no information about his relationships in the media as well as tabloid sources. He remains secretive about his girlfriends and prefers to keep his personal life under wraps.

Likewise, he is also very secretive about his former affairs and past relationships. Due to the lack of information about his love life, we can assume that he is single as of March 2019.

Jonah Bobo’s Net Worth And Career

As of March 2019, Bobo’s net worth is around $0.5 million. He was able to amass this net worth from his career as an actor. He started his career back in 2004 as a child actor in the film The Best Thief in the World. The same year he played a role in Around the Bend. The average salary for an actor is around

The next year he got a role as Danny Budwing in the Zathura: A Space Adventure which was his breakthrough role. Then he worked in films like “The Fox and the Hound 2”, “Choke”, “Crazy, Stupid, Love” and “Disconnect”.

He also had a voice acting role in television in the show The Backyardigans. He worked in the show for 2004 to 2009.

To add to this he has made guest appearances in shows like 30 Rock, and Royal Pains. He was also nominated for the Young Artist Award in 2006 and 2012.