Home entertainment Jonathan Nolan And Westworld Co-creator, Lisa Joy Are Married For A Decade-Everything We Know About Their Conjugal Life

Jonathan Nolan And Westworld Co-creator, Lisa Joy Are Married For A Decade-Everything We Know About Their Conjugal Life 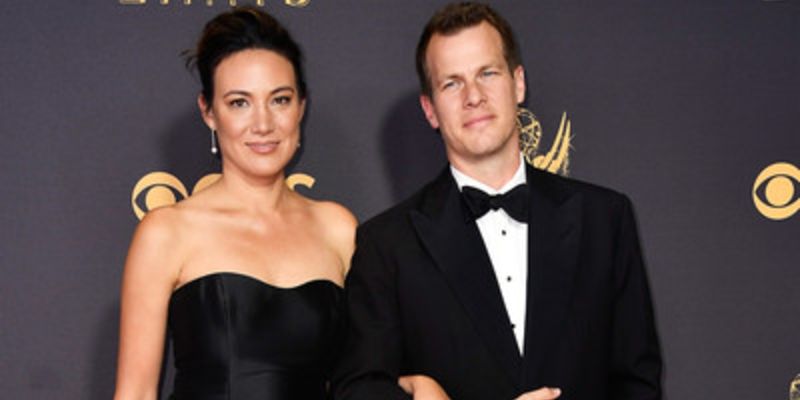 A Stanford alumnus with a desire to pursue a career in creative writing meets a screenwriter accidentally! It does sound like a movie script, but that is how the happily married couple Lisa Joy and Jonathan Nolan met in the first place.

It has been a decade since Jonathan and Lisa tied a knot, and the first encounter happened eight years before the marriage.

The pair first met in 2000 at the premiere of the film Memento. The movie was based on a short story Jonathan had written and directed by his brother Christopher Nolan. Jonathan received only a "based on a story by" credit, but the brothers shared a nomination for the Academy Award for Best Original Screenplay.

Nevertheless, their meeting was spontaneous as Jonathan met Lisa after taking a wrong turn down a Manhattan street.

Jonathan had accidentally run into an old friend from Loyola Academy. The friend invited him to meet one of his associates, who was none other than Lisa Joy.

A mutual friend introduced both because they wrote lengthy, heartfelt emails, as Lisa jokingly tells, "like, three-page-long pontifications."

Passion For Writing Brought Them Together

She worked for two years at McKinsey then took a job in corporate strategy at Universal Studios while on the process of earning a Harvard law degree.

It turned out the Universal Studios served as an indirect matchmaker for two with Lisa stating,

While working at Universal, I met my husband, Jonathan Nolan, at the premiere of Memento. I would come home at night and work on my writing, and he saw how much it brought a light to my eyes that nothing else seemed to.

Despite such a hectic schedule, her love for writing took her to the University of California, Los Angeles (UCLA) extension classes for short stories and poetry.

While studying at Harvard, Joy submitted a Veronica Mars spec script to a friend who passed it to a TV producer, helping her get a job as a staff writer on Pushing Daisies.

Like Lisa, Jonathan also had to work hard to pursue a career in writing. Everything changed for Jonathan after getting A-minus on a creative writing assignment by his English instructor at the Loyola Academy.

Nolan credits his successful writing career to his English lecturer, who gave him the appreciation for the craft of writing with the A-minus.

Their Relationship Was Not A Smooth Ride

After a few months of dating, Lisa planned to leave Universal to attend Harvard Law School. A move Jonathan claims was her preferred technique for breaking up because she was terrible at ending a relationship so she would just move to a different city.

Nevertheless, he decided to go to Cambridge with her and surprised her with a small box. Lisa had mistaken it for a wedding ring, but it turned out to be script pages and a gift certificate for screenwriting software.

Though Nolan wanted to give her the actual software, he did not have enough money. So he left her a letter with the gift that said, "If you can summon up the extra twenty-four dollars or something, you can get this software for yourself."

It can be said that Nolan has been Lisa's most significant supporter throughout her career, and perhaps this is the reason why they work so well, both professionally and personally.

Married After Nine Years Of The First Encounter

Jonathan Nolan and Lisa Joy married in 2009, nine years after their first encounter on the set. This marriage came after years of exchanging emails, as this fondness is what made them meet each other in the first place.

The couple has two children: one daughter and son.

Working Together In The Westworld

Despite consulting on each other's work for years, they had never officially worked together before Westworld.

The series has received positive reviews, with particular praise for its visuals, story, and acting. Moreover, Westworld has been nominated for 43 Emmy Awards and 3 Golden Globe Awards.

Needless to say, the couple has a balanced career and family, with Westworld marking Lisa's venture into directorial. Further, Jonathan promises to care for the kids while encouraging Joy to pursue her longtime goal.