home Biography Who Is Josephine Skriver? Here's All You Need To Know About Her Age, Height, Body Measurements, Net Worth, & Personal Life

Who Is Josephine Skriver? Here's All You Need To Know About Her Age, Height, Body Measurements, Net Worth, & Personal Life 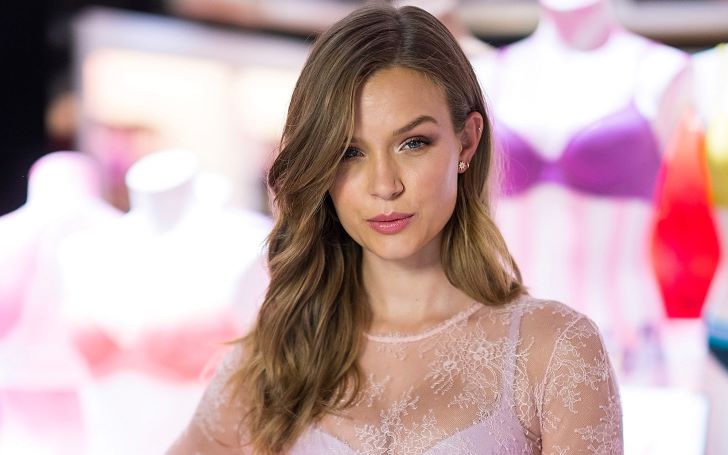 Body and Relation Status of Who Is Josephine Skriver? Here's All You Need To Know About Her Age, Height, Body Measurements, Net Worth, & Personal Life

Josephine Skriver-Karlsen, also professionally known as Josephine Skriver is a Danish model and one of the models of Victoria’s Secret Angel. With over eight years of a modeling career, she has appeared in over 300 fashion shows. In addition, she also appeared on the cover of various international magazines such as Vogue, Harper’s Bazaar, Elle and Vanity Fair.

The gorgeous danish model was born on April 24, 1993, in Copenhagen, Denmark. Talking about her parents, she has mother Mette Skriver, an IT analyst and marine biologist father. Her mother is a lesbian while the father is gay. As for sibling, she has a younger brother, Oliver Skriver.

She belongs to Danish nationality and white by ethnicity. Her birth sign is Aries.

Skriver was approached by an international agency, while her trip to New York for a soccer game. Soon after, she signed a contract with Unique models. Although many international agencies tried to fetch her for modeling, however, she decided to wait until her high school.

Josephine Skriver’s Personal Life: Who is her Boyfriend?

The gorgeous danish model is in an intimate relationship with an American musician Alexander DeLeon. The couple started dating since 2013 and has been together thereafter.

To take the relationship into a new level, the couple held an engagement ceremony in November 2018 and are living together in Nashville, Tennessee, United States.

She is very health conscious and take balanced diet to maintain her health. She has beautiful appearance even without makeup.

Josephine is supportive of LGBT rights and similar communities. She became a celebrity ambassador for Family Equality Council in 2015 and participated in various LGBTQ awareness programs.

The Danish model has an estimated net worth of over $12 million. She has appeared over 300 fashion for working for over eight years. The main source of her earning is from modeling for various brands including Versace, Ralph Lauren, and Emporio Armani.

Moreover, as a Victoria’s Secret Angel, she has a huge salary and even the new Victoria Secret Model earns $100,000 per season.

After graduation, Josephine officially started modeling in the fall of 2011 for Alberta Ferretti, an Italian fashion designer. In the same season, she walked on the ramp for various international brands such as DKNY, Gucci, Calvin Klein, Valentino, Christian Dior, Dolce & Gabbana, and many more.

In 2013, the gorgeous danish model was approached by Victoria’s Secret Fashion Show and hired for the modeling. She worked for them appearing in catalogs of various products. In addition, she and Bella Hadid became Victoria’s Secret Angel since February 2016.

In addition, she participated in the photoshoot for many editorials such as Marie Claire, V Magazine, W, Vs., Allure, Vanity Fair, Vogue and many more.

Who is Josephine Skriver?

Josephine Skriver is a Danish model and Victoria Secret Angel since 2016.

How old is Josephine Skriver?

How tall is Josephine Skriver?

How much is Josephine Skriver worth?

Josephine Skriver has an estimated net worth of over $12 million as of 2019.