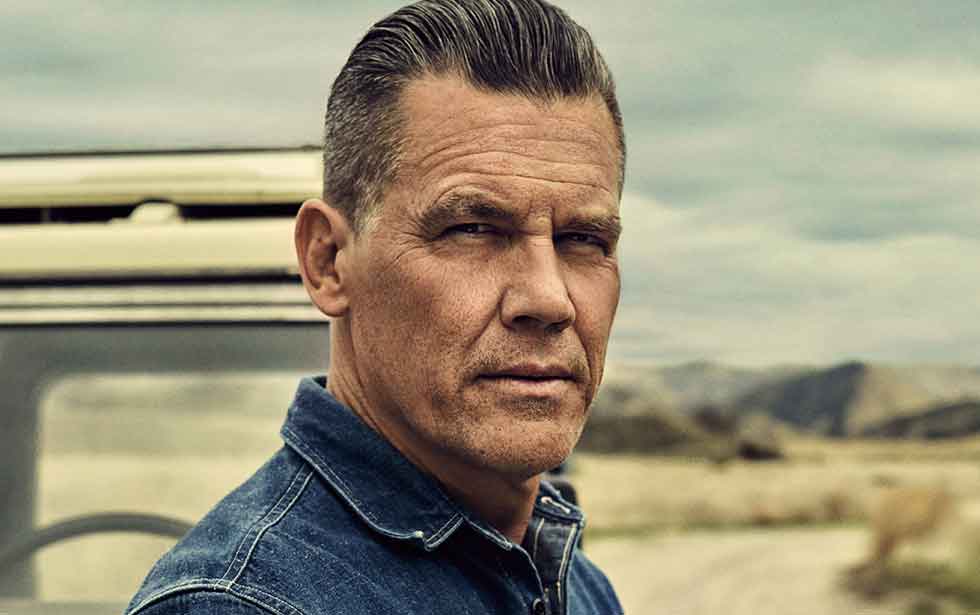 The American actor, Josh Brolin who has won National Board of Review Award is best recognized for his appearance in the movie The Goonies, No Country for Old Men, Milk and so on. If we dig about his personal life then he has married three times in his life and currently he is living happily with his third wife, Kathryn Boyd. Continue reading this article to know in detail about his life.

Josh James Brolin was born on 12th February 1968 in Santa Monica, California. As of 2018, he is 50 years old. His mother Jane Cameron worked as a wildlife activist and his father, James Brolin is an actor, producer, and director.

While living in Templeton California, he was highly influenced by his father’s acting career. His parents separated when he was just 16 years of age. He is a stepson of Barbara Streisand. As per his sibling, he has one younger sister Jess Brolin and two half-siblings, Molly Brolin (Younger Half-Sister), and Jason Gould (Older Stepbrother).

He took an improv acting class in high school that made him grow in acting skills. His childhood days were full of ups and downs as he stole somebody’s car to pay for his drug use that also included heroin.

American actor Josh Brolin, The Goonies star is living a  blissful married life with his third wife Kathryn Boyd. The couple tied the knot in 2016 after the second divorce.

The star dated his former assistant and model Kathryn Boyd just after the two years of divorce with the second wife in 2015. She worked as his assistant for nearly two years before they began dating. Almost a year of romantic relationship and knowing one another, the couple married on 24th September 2016 in a romantic ceremony in Cashiers, North Carolina in front of friends and family members.

Honeymoon memories. Now, almost baby bean. Nostalgic of all those moments we’ve colorized the world expressing our founded love for each other. You and me, lady. Ain’t nothin’ but a thang. @kathrynbrolin #bean #❤️❤️ #jbkbstucktogether #beautyandthebeast

The heavenly couple is now expecting their first child together- a baby girl. The Deadpool 2 star revealed the good news via a sweet Instagram post showing her baby bump and enjoying the nature at the same time.

Let’s congratulate the couple for the happy news!

Past Affairs of Josh  Brolin

It is the most interesting part of Brolin’s life as it is full of love, conflict, and drama. He married his first wife, actress Alice Adair from 1988 until 1994. The reason behind their separation is still a mystery among their fans. They have two kids together; a son named Trevor Brolin and a daughter Eden Brolin.

Later. he was engaged to actress Minnie Driver. The couple managed to be together for about six months and got separated.

He married for the second time with actress Daine Lane on 15th August 2004. Lane called the police against domestic violence just four months after their marriage. Later, the couple’s spokesman mentioned the incident as a misunderstanding. As earlier, the two couldn’t manage to be together for long and got separated with an official divorce in 2013.

Josh Brolin’s Career and Net Worth

He started his career in TV movies portraying guest roles. He’s best known for his work as  Llewelyn Moss in No Country for Old Men, Dan White in Milk and George W. Bush in W.

In April 2017, he signed a four-film contract with 20th Century Fox studios portraying the role of Nathan Summers in the X-Men film series. He produced and performed in a documentary feature film The People Speak in 2009. He made his directorial debut in the short movie, X.

The actor, Josh Brolin who is involved in the several filed of Hollywood has a very successful. From his work, he has earned a huge amount of worth. In facts, he has an estimated net worth of about $35 million as of 2018. The exact salary of the actor is not mentioned but he must have received around $45,837 to $67,914 as it is the average salary of an actor in the USA.

Some of his movies have earned a huge amount of worth in the box office. Have a look.

Following a misdemeanor charge of domestic battery in December 2004 by his ex-wife, he was arrested the next after an altercation at the Stray Cat Bar in July 2008. He was set out after paying $334.

He said to the reporter,

On New Year’s Day 2013, he was arrested for public intoxication in Santa Monica, California.

Also, have a look at Josh Holloway, Kevin Lazan.