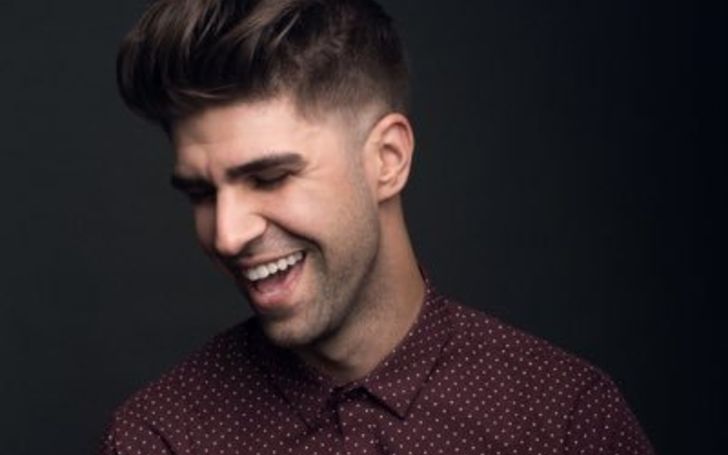 Justin Mikita is an American actor and producer. He is known for Can’t Be Heaven(1999) and Culture Pop (2013). Besides, he is well known for his marriage to Modern Family star Jesse Tyler Ferguson who co-founded the non-profit organization dedicated to helping legalize marriage equality Tie The Knot.

Justin Mikita was born as Justin Nathaniel Mikita on September 10, 1985, in Los Angeles, CA under the birth Virgo. He holds an American nationality and belongs to a white ethnic group.

Justin Mikita is openly gay. Well, he got engaged to Jesse Tyler Ferguson in 2013, Mexico. After dating for a couple of years, they married on July 20, 2013, in New York City.

In September 2012, along with his husband, Justin founded ‘Tie The Knot,’ a non-profit charity whose mission is to raise funds to support marriage equality for same-sex couples throughout the United States and beyond.

Till date, the pair are happily living with each other for more than four years without any divorce rumors.

The American actor, Mikita’s net worth is under review. According to Glassdoor the average salary of a producer in the US is $76,521 annually. Justin is successful, and he surely earns much more than that. However, his husband, Jesse has an estimated net worth of $20 million and earns $190K per episode from tv shows.

Moreover, Ferguson featured in the film Ice Age: Collision Course which turned out to be a box office hit raking up a whopping box office collection of  $408 million worldwide on a budget $105 million.

Justin’s partner Jesse is also a supportive business partner and they have a brand called Tie the Knot which is a jewelry line and has also collaborated with LZZR jewelry.

Some of Justin Mikita’s movies are 8, Can’t Be Heaven and Culture Pop. Also, he made his remarkable appearance in the tv series Culture Pop, in the year 2013. Furthermore, he produced a video titled 8. He also worked for the American Foundation for Equal Rights.