home Biography Who is Kally Wayne? How She Became Famous?

Who is Kally Wayne? How She Became Famous? 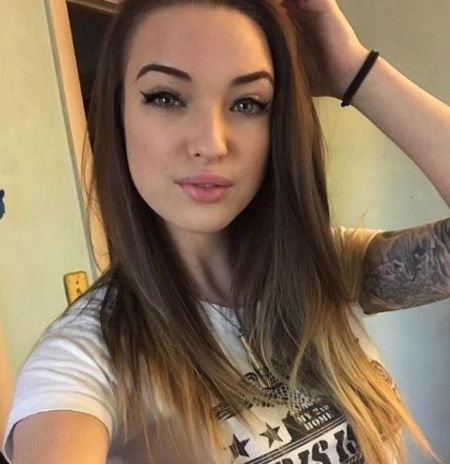 Body and Relation Status of Who is Kally Wayne? How She Became Famous?

Kally Wayne came to the spotlight after her sex tape went viral after her ex-boyfriend shared it. Professionally, she is an Instagram star as well as a former Marine Corps Veteran.

Who is Kally Wayne?

Kally Wayne is a famous Social Media personality who is famous on Instagram with the user name DedicatedRedneck08.  These days she is known as a rising Instagram model as she has seen seen posting several picture featuring different brand.

The social media Influencer was born on 22nd August 1994 in Maine under the birth sign Leo. Besides her social media popularity and what bought to her prying eyes, there is no information about her early life and family background.

In 2013, Kally joined the United States Marine Corps. After being a member of the Marine Corps, she joined the private facebook group where there were more than 30,000 members.

In the year 2017, some of the allegations came out suddenly after the members of Marines started sharing some private image of the woman in the group. The image shows women posing topless. Unfortunately, Kally was one of those women.  Due to this reason, she was expelled from there after three years of membership.

Although Kally faced lots of controversies, it helped to boost her popularity on her social media platform. Overnight, she became a social media sensation and also opened her YouTube Channel.

From her social media, Kally Wayne is earning a huge amount without any doubt. However, she has failed to mention her exact net worth and salary. As per the influencermarketinghub, she makes around $230.25 - $383.75 per ads post on her Instagram.

Controversial Affairs Of Kally With Ex-Boyfriend

While Kally Wayne was the member of Marine Corps, she started a romantic relationship with a guy whose name is unknown.  However, their relationship didn't last forever due to some personal issues. Her ex-partner was also a member of the Marine Corps and he was the one who posted the private picture of the couple.

After things didn't turn well between them, Kally's ex-partner shared the sex tape to the private Marine group which they made together. After the post, she received lots of negative comments and also received negative messages in her personal account.

After this issue, Kally shared the painful moment with ABC News saying,

I felt like my privacy had been taken away from me. Having to go through being harassed for every day of my life for the past year because of a mistake I made four years ago is not anything anyone deserves to go through.

After sharing all those things, she also shared her relief saying everything was going normal slowly.