home Biography Kane Brown a Tattoo Lover; Know About His Net Worth and Married Life!

Kane Brown a Tattoo Lover; Know About His Net Worth and Married Life! 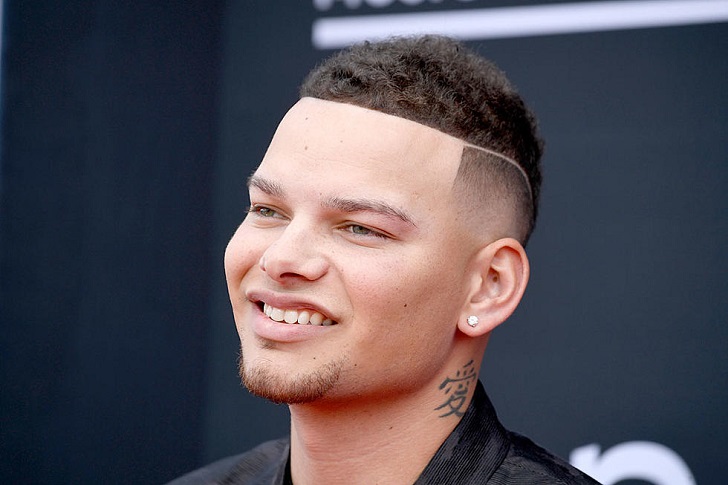 Body and Relation Status of Kane Brown a Tattoo Lover; Know About His Net Worth and Married Life!

Kane Brown is a newer face in the industry but gained hype quite enough within a short span of time. The Georgia native received rave attention after releasing his sensational single What Ifs on 6th Feb 2017. The artist also became the first-ever artist to have a single at number one on all five main Billboard country charts simultaneously. In November 2018, Brown also released his second album, Experiment which also peaked at number one on Billboard 200.

Kane Brown was born on 21st October 1993, in Chattanooga, Tennessee to European-American mother Tabatha Brown and an African-American father. He holds an American nationality and belongs to a mixed ethnical background.

Brown has been surviving in prison since 1996 and Brown was raised by his single mother. His family was once homeless and moved to various places from Rossville to Fort Oglethorpe to LaFayette, seeking shelter before eventually settling in Red Bank, Tennessee.

Brown later also auditioned for both American Idol and The X Factor.

Kane Brown's Tattoos And It's Meaning

Kane Brown has inscribed several tattoos on his body. He inked his first tattoo a verse from John 3:16 on his chest.

His Chinese Symbol on his neck represents the (Love) and he got this one on Mother's day with his mother.

The tattoo that means the most to me would probably be my Chinese symbol on my neck, it means love -- I got it on Mother's Day. Or my music notes, because it kept me out of the army, and I get to do music. I feel like everything happens for a reason

His other tattoos are the microphone on his left hand, the wolf on his left forearm, the snake on his right arm, the angel wings on his shoulders and Biceps.

Who Is His Wife?

Kane Brown tied the knot with his wife Katelyn Jae on October 12, 2018. The couple held their wedding ceremony at Mint Springs Farm in Nolensville, Tennessee. Brown popped the question to his then-girlfriend Jae on Easter Sunday in 2017. But, the couple announced they got engaged in April of that year during a concert in Philadelphia.

The power couple is also blessed with a child, a daughter named Kingsley Rose Brown, born on 29th October 2019. The two announced they were expecting their first child, on 15th April 2019 and revealed the gender of their baby as a girl during the red carpet appearance at the Billboard Music Awards on May 1, 2019.

As of now, the family of three lives in Nashville.

What is Kane Brown's Net Worth?

Kane Brown has an estimated net worth of $6 million according to celebrity net worth in 2020. His commercially hit singles and chartbuster albums are the major driving force in his journey to $million.