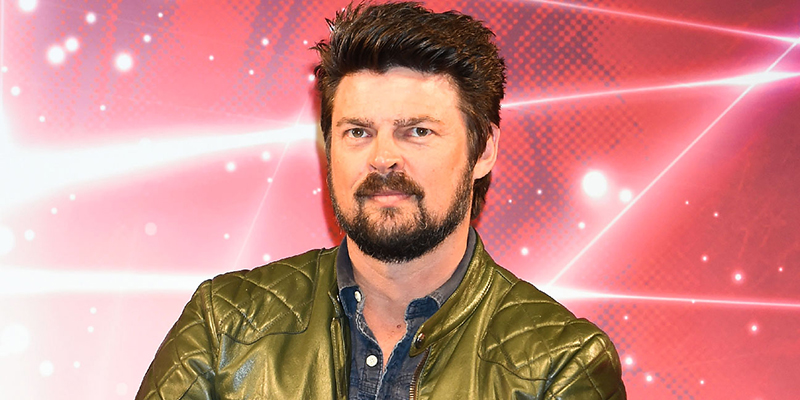 New Zealand actor Karl Urban started his career appearing in New Zealand films and television series, including Xena: Warrior Princess. After nearly one decade of acting, Urban made his Hollywood debut from the 2002 horror movie Ghost Ship. Shortly later, Urban landed one of his most notable roles, Éomer, in the first of The Lord of the Rings trilogy. He is also known for his portrayal of Leonard McCoy in the Star Trek reboot film series. Urban is playing as Billy Butcher in the Amazon web television series The Boys starring Jack Quaid, Antony Starr, Erin Moriarty, and more.

7. His Father is a German Immigrant

Actor Karl Urban was born in Wellington, New Zealand, to a German immigrant father and a native Kiwi mother. His father was the owner of a leather goods store. On the other hand, his mother once worked for Film Facilities in the New Zealand capital.

Urban was exposed to classic New Zealand cinema in his childhood days through his mother. Due to this, he developed an interest in acting. Furthermore, he showcased his love for public performance while he attended St. Mark's Church School.

After giving his early ten years of his career in the New Zealand film, Urban moved to Hollywood. There, he found early success after being cast as Éomer in The Lord of the Rings: The Return of the King.

Besides fame, Urban was able to collect a hefty sum of money from his role. According to IMDb, Urban received an additional $400k bonus for his dedication to his work in the 2003 fantasy adventure film.

As per the celebrity net worth, the 47-year-old Kiwi actor has a net worth of around $20 million as of 2020. However, as per The Richest, Urban is worth around $80 at current. His acting career is the primary source of his net worth, where he has also earn a significant sum of money from his endorsement deals.

Moreover, some land and buildings related transactions have also earned an alluring sum of money for the actor. As per The Richest, Urban has a five-bedroom villa at Herne Bay, New Zealand, which has an estimated market value of more than $1 million in 2020.

4. Urban Is A Celebrity Ambassador for KidsCan

Besides being a phenomenal actor, Urban is also a philanthropist. As of now, he serves as a celebrity ambassador for a charity that supports nearly 20,000 disadvantaged children in New Zealand, KidsCan. The charity organization provides children with food, clothing, and shoes.

3. He Was Married To Natalie Wihongi

The Lord of the Rings star dated Natalie Wihongi for long before they got married in September 2004. Wihongi was Urban's makeup artist for the 2000's TV film The Privateers. The lovebirds gave birth to their first child, a son, Hunter Wihongi, on December 2000. They welcomed their second son, Indiana, on 28th June 2005.

After spending around a decade as a married couple, Urban and Wihongi divorced in 2014. They announced their separation in September that year. Urban and Natalie lived in their NZ$5.25 million mansion in Auckland, New Zealand, which they sold for NZ$6.65 million in December 2014.

Following his divorce from his wife, Natalie Wihongi, Urban started dating American actress Katee Sackhoff. The couple reportedly dated from 2014 to 2018. Since their breakup, Urban is not known to be dating anyone.

On the other hand, Katee reportedly started dating Canadian Robin Gadsby after the pair's breakup.

1. Starred as Skurge in Thor: Ragnarok

Actor Karl Urban has worked in slightly over two dozen movies combining his work in New Zealand films and Hollywood. By far, he has worked in many big banner movies such as The Lord of the Rings, The Chronicles of Riddick, and The Bourne Supremacy.

In 2017, Urban landed his role in another big-banner movie, Thor: Ragnarok. It was his first movie under MCU, in which he portrayed the character of Skurge.