home Biography Who is Actress Kate Beckinsale? Know About Her Movies, Daughter, Net Worth, Dad, Instagram In Her Biography

Who is Actress Kate Beckinsale? Know About Her Movies, Daughter, Net Worth, Dad, Instagram In Her Biography 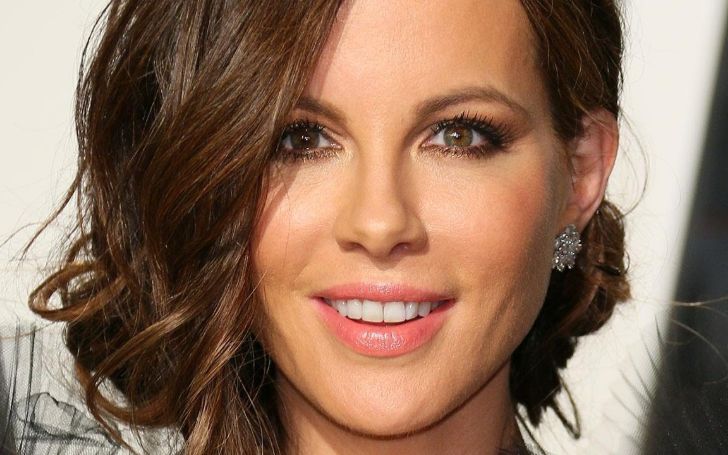 Body and Relation Status of Who is Actress Kate Beckinsale? Know About Her Movies, Daughter, Net Worth, Dad, Instagram In Her Biography

Kate Beckinsale is a British actress whose starring role in the Underworld films catapulted her to international stardom. Also, she won the Best Actress award at the Sitges-Catalonian International Film Festival for her role in ‘Shooting Fish’ in 1997. These days she has caught the limelight due to her rumored dating relationship with, Pete Davidson.

Kate Beckinsale was born on July 26, 1973, in Finsbury Park, London, UK. As of 2019, she is at the age of 45 years old and is Leo. Well, her birth sign describes her personality as a loyal and generous. Moreover, her birth name is Kathrin Romary Beckinsale.

She is the daughter of Judy Loe (mother) who has worked as an actress in many British sitcoms and dramas and, Richard Beckinsale ( father), who was born in Nottingham, England,  and has appeared in several comedies on British TV during the 70s. Her father died at the age of 31 in 1979. She was at the age of five when she lost her young father. Later her mother moved in with Roy Battersby (stepfather).

Furthermore, Beckinsale got her education at a private school for girls in Godolphin and Latymer School, London. She studied Russian Literature and French at New College, Oxford winning the WH Smith Young Writers Award twice in fiction and poetry.

Beckinsale had an eight-year relationship with Michael Sheen between 1995 and 2003. Together, they have a daughter named Lily Mo Sheen born in London. After that, she married Len Wiseman in 2004. The pair met each other in 1995, and they tied the knot in 2004. They broke up in 2015 and filed for divorce in 2016.

In June 2017, she started a relationship with Matt Rife, is a television personality and comedian. However, they broke up in August. Prior to that, she had a brief affair with Edmund Moriarty from 1992–1993.

These days she has made a headline after she was spotted hand in hand with 25 years, Pete Davidson (Ex-fiance of Ariana Grande)outside the Los Angeles comedy venue Largo at the Coronet. Kate and Pete dropped off in the back alley of the venue and straight went to the backstage where Kate rushed inside along with her hand over her face. However, the rumor of their relationship is yet to be confirmed.

Kate Beckinsale’s Career and Net Worth

Kate Beckinsale started her career on television from the Second World War named One Against The Wind (1991). She appeared as Ethel in Royal Deceit (1994)  and performed the lead role in the drama Uncovered (1994). She appeared in the Cold Comfort Farm (1995) on BBC Television.

Also, Beckinsale’s attempt at an American accent was widely praised. Her performance earned her a London Critics’ Circle Film Award. The film grossed $3 million worldwide. Her second film appearance of 2001 was in the romantic comedy Serendipity as the love interest of John Cusack.

In 2016, the romantic comedy Love & Friendship, which premiered at the Sundance Film Festival. Also, in the year 1999, for her role in ‘The Last Days of Disco,’ she gained the British Supporting Actress of the year at the London Critics Circle Film Awards.

What is the Net Worth of Kate Beckinsale at present?

Kate Beckinsale’s net worth is $16 million. She earns a good sum from her career. The major part of her net worth is collected from her successful movies. She starred with Ben Affleck in Pearl Harbor, and the box office of this film is ‎$449.2 million. She lives a lavish lifestyle and owns different luxurious assets in her life from her salary.

You May Like Kate Abdo, Ambyr Childers, and Tempestt Bledsoe.