home Biography How Much Is Kate Middleton, Duchess of Cambridge, Worth At Present? Here's Everything You Need To Know About Her

How Much Is Kate Middleton, Duchess of Cambridge, Worth At Present? Here's Everything You Need To Know About Her 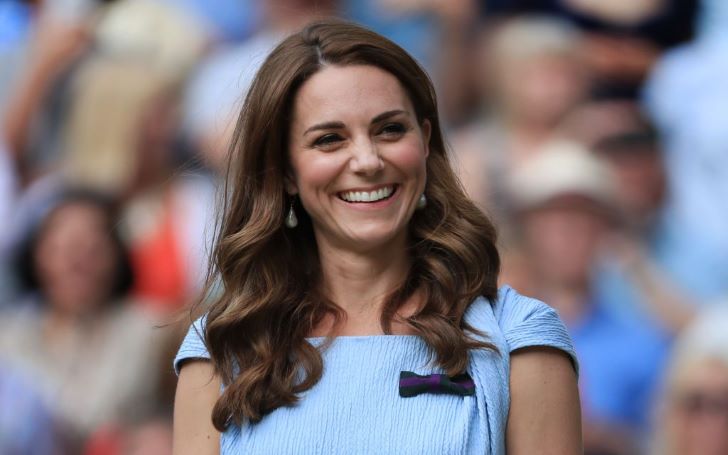 Body and Relation Status of How Much Is Kate Middleton, Duchess of Cambridge, Worth At Present? Here's Everything You Need To Know About Her

Catherine Elizabeth Middleton, also known as Kate Middleton, is the wife of Prince William of British Royal family. Moreover, she is the Duchess of Cambridge and is involved in several philanthropic works mainly focusing on young children, addiction, and mental health issues. Similarly, she was listed in one of the 100 Most Influential People in the World list by Time magazine in 2012 and 2013.

The princess was born on January 9, 1982, at the Royal Berkshire Hospital in Reading, Berkshire, England. She was born in upper-middle-class family to father Michael Middleton and mother Carole Goldsmith, a former flight attendant. As for siblings, she has a younger brother, James, and a younger sister, Pippa.

She belongs to English nationality and white by ethnicity. Her birth sign is Capricorn. Her family moved to Amman, Jordan due to the work of her father in British Airways in May 1984. They lived in Jordan for two years and moved back to England.

As for education, Middleton studied at St. Andrew’s School when she was four. Following that, she joined Downe House School and later a boarder in Marlborough College.

She received a degree in Master of Arts from the University of St. Andrews in Fife, Scotland in 2005. During a year gap in University, she joined the British Institute of Florence in Italy.

Middleton first met Prince William at St. Salvato’s Hall at the University of St. Andrews when both of them were students in 2001. The couple started dating in 2003, however, their relationship was not official.

She and William shared a flat along with two other friends during the second year at the university. Following then, Kate came into limelight and harassed by media for which she complained a file on October 17, 2005, and refrained News International, The Sun and other media from taking pictures.

The relationship lasted for four years until they broke up in April 2007. However, they hooked up in 2007 and were seen together on several occasions.

Talking about their wedding, they held an engagement ceremony in Kenya in October 2010 before the marriage on 29 April 2011, in Westminister Abbey, England.

The princess is also famous for her fashion sense and beauty even without the makeup.

Talking about the net worth of Kate, prince Williams cannot be isolated who has an estimated net worth of nearly $40 million. The princes on her own is also a millionaire worth of $7 million as of July 2019.

The main source of her earnings is from the family inheritance and various endeavors.

Middleton started her professional career as an accessory buyer with the apparel clothing retailer, Jigsaw in November 2006. She worked there for a year as a part-time employee until resigned in November 2007.

Following then, the princess worked at the family business in catalog design, marketing, photography, and production for nearly four years.

She is a philanthropic person actively involved in several charity works held by The Foundation of Prince William and Prince Harry for children, elderly, conservation and incorporating the armed forces.

In January 2018, Kate gave the locks of her hair to Little Princess Trust for making wigs to children suffering from cancer. In addition, Prince and Princess started a mental health campaign titled Heads Together in April 2016. They then launched messaging service for the patients of mental issues in May 2019.

Who is Kate Middleton?

Kate Middleton is the wife of Prince Williams of the British Royal family and the Duchess of Cambridge.

What is the full name of Kate Middleton?

The full name of Kate Middleton is Catherine Elizabeth Middleton.

How old is Kate Middleton?

How tall is Kate Middleton?

How much is Kate Middleton worth?

Kate Middleton has an estimated net worth of $7 million as of July 2019.