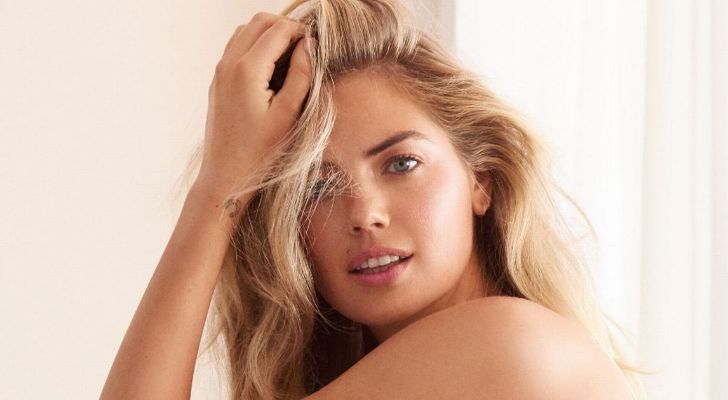 American model and actress, Kate Elizabeth Upton was named the Sports Illustrated Swimsuit Issue Rookie of the Year following her appearance in the magazine in 2011 and was the cover model for 2012, 2013, and 2017 issues. Likewise, she is also known for appearing as the cover model of Vanity Fair’s 100th Anniversary Issue. She has won Style Awards and People Magazine Awards in the category Model of the Year and People’s Sexiest Woman respectively.

Upton’suncle Fred Upton is a US Representative and her great-grandfather, Frederick Upton was a co-founder of appliance manufacturer and marketer Whirlpool Corporation.

She has three siblings, two sisters, Laura Upton, Christie Williams, and brother, David Upton. Regarding her nationality, she is American and is of white ethnicity.

The Michigan-born actress moved to Melbourne, Florida with her family in 1999 when she was just 7. She completed her school education from the Holy Trinity Episcopal Academy.

Kate Upton uses the 34D or 34 E size bra. She can be seen in the Beach Bunny, Betsey Johnson, Guess lingerie, Jenna Leigh and other brand ads.

She is very health conscious person who preferred to take a healthier diet, especially protein from nutritious types of food. Mostly she loves to take salads and chicken.

Apart from diet she also does a workout with her personal trainer Ben Bruno to keep her body slim and curved shape.

Kate Upton is a married woman. She tied the knot to her husband and a baseball player Justin Verlander on 4th November 2017. The wedding ceremony was held at a medieval church in Tuscany, Italy.

The lovebirds met in early 2014 and started dating shortly after. Two years after, they became engaged in 2016. The couple together has a baby girl born in November 2018.

She also dated a Ukrainian Dancer, Maksim Chmerkovskiy. The couple remained together for almost a year before they broke up.

In 2014, Upton was drawn to the controversy after nude photographs of her along with several other female celebrities were leaked to the Internet.

Kate Upton’s Career And Net Worth

Kate Upton was fascinated with modeling and chased a career in modeling after her high school. She attended a casting call in Miami for Elite Model Management in 2008 and started working with it. Later, she moved to New York City and signed with IMG Models.

In 2010, Upton became a face of Guess and in 2011, she appeared in the Sports Illustrated Swimsuit Issue. She rose to fame after an internet video of her doing the Dougie hip-hop at an LA Clippers game went viral in 2011 April.

Apparently, her another video performing the Cat Daddy dance in the eponymous song by The Rej3ctz also went viral in the same month of next year.

In 2011, she made her television series debut appearing in an episode of Tosh.0, however, she debuted in acting with a film Tower Heist in the same year where she played a cameo role of Mr. Hightower’s Mistress in the movie.

She has appeared in editorials for American, Italian, British, Spanish, German, and Brazilian Vogue

In 2017, Upton was starred with Alexandra Daddario in The Layover, a road trip sex comedy by William H. Macy.

Net Worth And Salary

Kate Upton’s exact net worth is impossible to known but it’s likely to be over $10 million at present. She makes a handsome sum of money from her acting professions.

She has increased her net worth through her modeling career. Her net worth was reported to be around $7 million in 2014; she was Forbes’ Highest Paid Models in the year. And seeing her current works, there is no doubt her net worth is sure to increase in the coming days.

She comparably made $3.5 million, largely in part due to her Suoer Bowl advert for the app “Game of War.”

The 26 years’ model, Kate Upton is a very active user of the social media platform(Facebook, Instagram, and Twitter) having millions of followers.