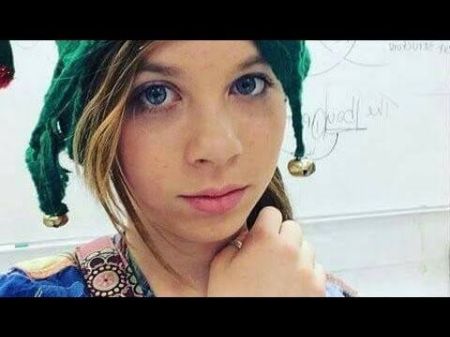 At around December of 2016, a shocking video of suicide started trending on the internet. The video was of Katelyn Nicole Davis, who in fact, was a vlogger famous with the name, ITZ Dolly.

Katelyn Nicole Davis was everyone's favorite until she took her own life at just at the age of 12. On December 30, 2016, the vlogger was found dead. She filmed a 42-minutes long movie of her preparing to hang herself and then finally suicide.

It was in the evening when Katelyn walked towards her family's yard. She confessed about having been abused and apologized for something she was about to do. She then killed herself of which the process was live-streamed on the online streaming channel, Live.Me

The late girl was born to Tammy Michelle Rogers and Matthew Reed Davis on February 20, 2004. Somewhile later, her parents broke up leaving her mom burdened. Her father refused to pay spousal support and hence, her mother couldn't support her education and she couldn't get to study.

Following her divorce with Matthew, her mother Tammy walked down the aisle with Anthony Lee Rogers and welcomed two kids with him, Abigail and A.J. Lee Rogers.

Regarding her educational background, she joined Cedartown Middle School but dropped out due to financial issues. Once she hoped she would again join high school after getting associated with the National Leaders Association for Young Leaders. However, her stepfather thought that her actions were 'too stupid' and burned the papers in front of her leaving her in dismay.

This shows how distressing her life was! These things might be the reason for her suicide, right? Well, take a closer look!

The Reason for Suicide?

Education may have been one of the reasons for her demise, but there are some other factors that contributed to her suicide.

Katelyn, in video, has shared her stress and anxiety saying that her step father abused her physically as well as sexually.

After hanging herself, she was caught in the live video for around 20 minutes. And, when the phone started ringing and as nobody picked it up, the neighbours got curious and when they looked at their backyard, they found Katelyn hanging. They called 911 and brought her to the Polk Medical Center but, she was dead before getting to the hospital.

Well this was not her first disturbing video as previously also she has shared, several times, showing her suicidal attempts.

Some days before her death, she shared a video of her crying loudly saying that she's fed up with her life and also cut her thighs and wrist. Davis' last failed suicide attempt saw her hospitalized for medication overdose.

Following her death, the suicide video of Katelyn Nicole Davis started circulating in the social media platforms. After weeks of sharing, the video was finally deleted from Facebook.

Besides, the police also started investigating the reason for her demise. First, they were dwelling upon the reason of her death; however, later on, they focused on why she took her life. Though that, no charges were filed!