home Biography Who Is Kelsey Merritt? Get To Know All About Her Early Life, Career, Net Worth, Personal Life, & Relationship

Who Is Kelsey Merritt? Get To Know All About Her Early Life, Career, Net Worth, Personal Life, & Relationship 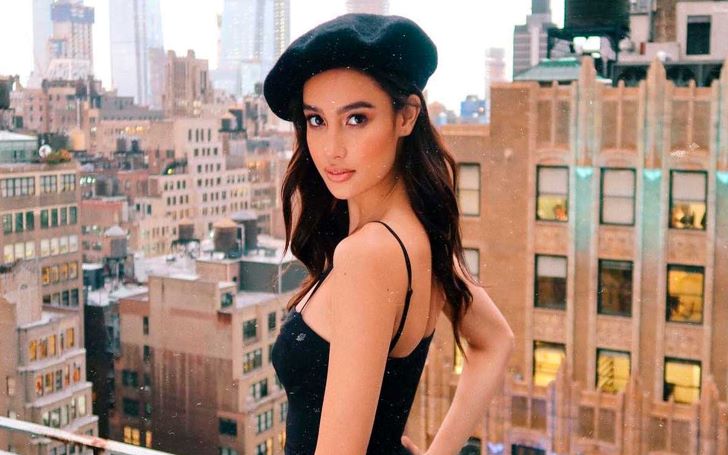 Body and Relation Status of Who Is Kelsey Merritt? Get To Know All About Her Early Life, Career, Net Worth, Personal Life, & Relationship

Kelsey Alaine Merritt, also professionally known as Kelsey Merritt is a Filipino-American model, well known as the first Filipino descent woman to walk in the world-famous Victoria’s Secret Fashion Show. In addition, she appeared on the pages of the Sports Illustrated Swimsuit Issue.

The Filipino-American model was born on October 1, 1996, in Pampanga, Philippines. As for parents, she has a father Philip Merritt and Filipino mother. As for siblings, she has two sisters; Kirsten Alexandra Merritt & Keagan Merritt and a brother Kyle Merritt.

She holds the dual citizenship of the Philippines and America. She belongs to the mixed ethnicity of Filipino and American ancestry, and her birth sign is Libra.

As for education, Kelsey received a degree in communications from Ateneo de Manila University in Quezon City, Metro Manila on May 2017.

The Filipino-American model is in an intimate relationship with two-time Olympic gold medalist from the US swim team, Conor Dwyer. The couple started dating 2018 and were in Japan for the 2018 Pan Pacific Championships prelims.

Kelsey shares the pictures of both of the pair enjoying their love life touring across the world on Instagram. They are living a blissful life in New York, United States.

In addition, she loves to read books, going shopping and traveling in different places. She is a fitness enthusiast, also health-conscious about diet and does the workout in the gym.

The charming model has an estimated net worth of around $500,000 as of 2019. The main source of income is from Victoria’s Secret Fashion Show as a model. The salary of the new Victoria’s Secret Model is $100,000 per annum.

Furthermore, with the popularity, she got the chance to work for various international brands including Maybelline.

Kelsey started the professional career as a model in the Philippines during her university life. After graduation, she moved to New York and signed a contract with a model agency, Wilhelmina International Inc.

Following then, she got the chance to work on the commercial of world-famous cosmetic company Maybelline alongside popular model Gigi Hadid.

Who is Kelsey Merritt?

Kelsey Merritt is a Filipino-American model and one of the models of Victoria’s Secret Fashion Show.

How tall is Kelsey Meritt?

How old is Kelsey Merritt?

How much is Kelsey Merritt worth?