home Biography What's Kendrick Lamar's Net Worth At Present? Get To Know About His Early Life, Career, Net Worth, Personal Life, & Relationship History

What's Kendrick Lamar's Net Worth At Present? Get To Know About His Early Life, Career, Net Worth, Personal Life, & Relationship History 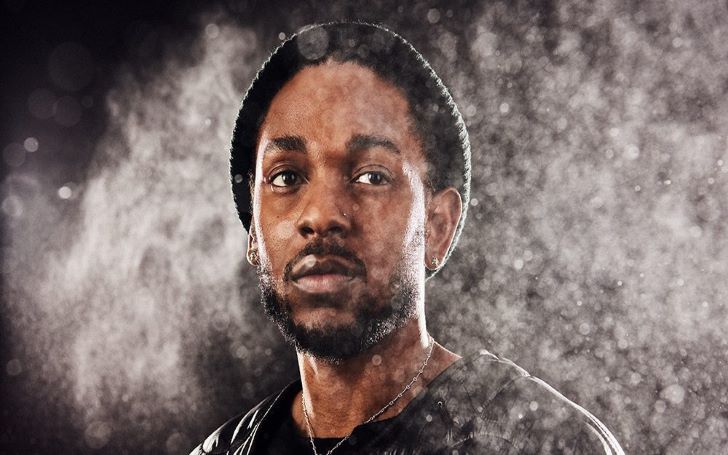 Body and Relation Status of What's Kendrick Lamar's Net Worth At Present? Get To Know About His Early Life, Career, Net Worth, Personal Life, & Relationship History

Kendrick Lamar is best recognized as an American rapper along with songwriter and music producer. He is best known for his intense rhymes and received a Pulitzer award in 2017. Moreover, he also won 13 Grammy awards in a different category and many awards including BMI London award, BMI award, Brit award and many more.

The American rapper, Kendrick Lamar Duckworth was born on June 17, 1987, in Compton, California, United States. He belongs to American nationality and African-American by ethnicity. His birth sign is Gemini.

He was born to father Kenny Duckworth, a member of the gang named Gangster Disciples and mother Paula Oliver. The couple migrated from Chicago to Compton to avoid gang culture.

The name Kendrick was given to him by his mother in the memory of an American musician Eddie Kendricks. He grew up in a notorious neighborhood filled with violence but he kept his mind clear and consistency.

At the age of eight, he witnessed his musical idols, Dr. Dre and Tupac Shakur who were filming the music video, California Love.

As for his education, Lamar completed his high school from Centennial High School in Compton, California. He was a bright student during school life and repeatedly got A grades.

Similar to most of the rappers, Kendrick also loves to collect gold and diamond jewelry. Looks like Chanel accessories are one of his favorite collections.

The Grammy award winner is in a romantic relationship with makeup artist Whitney Alford. The two are school life sweethearts and in an active relationship over a decade.

In an interview with People magazine, Lamar said that the couple has been engaged since 2015 but has not married yet. Whitney was pregnant in 2017 however, the information about the children is kept secret.

As of July 2019, Kendrick Lamar owns an estimated net worth of $75 million (according to Celebritynetworth). While other online sources such as Weathygorilla and Forbes claims the rapper to be worth around $45 million and $38.5 million.

He has sold over 130,000 copies of his album Section 80 in the U.S. and his album Good kid, M.A.A.A.d city sold over 1.7 million copies album across the U.S. Apparently, his vocation profit aggregate up a sum of $178 million, according to the 2018 information.

Moreover, adding all of his other single songs and albums, he sold over a million. Lamar is at the peak of his career and gradually growing in music as well his net worth.

In addition to his album sales, Kendrick Lamar earns a lot from his endorsements deals. He signed with Nike in August 2017, and currently endorses Cortez sneaker, while . Moreover, he has endorsement deals with Airbnb, American Express, Beats By Dre, and Calvin Klein.

With such an impressive earnings, it is quite obvious that Lamar lives a luxurious lifestyle with huge expenses, most notably on purchasing houses & cars. Well, he possesses an empire, which he purchased back in late 2017, a 5,433-square-feet home in Calabasas for $2.65 million.

Lamar also owns a lavish house worth $2.65 million. The property features six-bedroom and six-bathrooms and was in the market in 2017 summer for $2.89 million, but dropped to $2.79 million, before the American rapper negotiated for $140,000 less the asking price.

Kendrick currently resides in his condo in LA worth over millions of dollars. Also, he owns an Eastvale, California home worth $523 thousand, spread on 3,529-square-feet, built in 2006. He reportedly bought the three bedrooms, 2.5 bathrooms house with a pool for his parents.

When it comes to cars, Kendrick owns many luxury cars in his real life, which he features in his music videos as well.

Lamar’s first car was a 1992 Cadillac Seville worth $6,000. And after a million dollars shower, his car collection has reached a total of over $450,000. Likewise, his other car collections include:

In June 2017, Kendrick Lamar broke the internet after he bought his younger sister Kayla Duckworth a brand-new Toyota Camry (worth around $30,000) as a graduation present.

The rapper made a debut of his music career under the alias K Dot and released the mix-tapes which quickly became popular. This caught the attention of his idol and a big name in music, Dr. Dre. and made a breakthrough in his music career.

He signed a contract with Dr. Dre. and recorded the album, good kid, m.A.A.d City in 2012 which received BET Hip Hop Award.

Following that, he continued the record songs and collaborated with popular artists such as Lady Gaga, Lil Wayne, The Game, and Young Jeezy. Dr. Dre. acted as his mentor and released the songs alongside top artists such as 50 Cent and Eminem.

In 2015, he released one of his hit album To Pimp a Butterfly and DAMN featuring Snoop Dogg, Bilal, and Pharrell Williams. The album brought him a Grammy award for Best Rap Album.

In April 2018, Kendrick made a sensational moment in the Hip-hop music by winning Pulitzer Prize. He became the first to win the prize aside from classic and jazz.

Moreover, for his exceptional work on the movies Black Panther and Divergent, the rapper received an invitation to join the Academy of Motion Picture Arts & Sciences’ music branch.

Who is Kendrick Lamar?

Kendrick Lamar is best recognized as an American rapper along with songwriter and music producer. He is best known for his intense rhymes and received a Pulitzer award in 2017.

What made Kendrick Lamar famous?

He released the mixtapes under the alias K Dot which caught the attention of Dr. Dre. and recorded the album good kid, m.A.A.d city, receiving numerous awards.

Who is Kendrick Lamar fiance?

His fiancee is Whitney Alford.

What is the net worth of Kendrick?