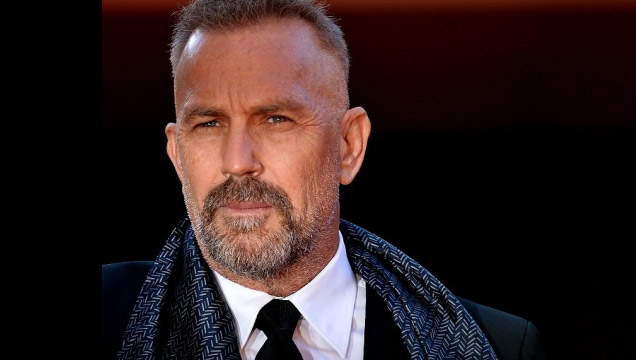 Kevin Costner is a famous Hollywood actor, certainly one of the big names in the film industry as he is an exceptional actor, director, and producer. People mostly recognize Kevin Costner for his role as Eliot Ness in ‘The Untouchables’, John J. Dunbar in ‘Dances with Wolves’ and Crash Davis in ‘Bull Durham’. He has won two Academy Awards, three Golden Globe Awards, and two Screen Actors Guild Awards.

Kevin Costner was born on January 18, 1955, in Lynwood, California to his parents Sharon Rae and William Costner. He became interested in sports since his childhood years and also took piano lessons. He is of American nationality and belongs to a mixed ethnic background of English, German, Swiss-German, Scottish, Welsh, and Irish.

Talking about his education, Costner attended Mt. Whitney High School. Additionally, he graduated from Villa Park High School in 1973. Furthermore, he earned a BA in marketing and finance from California State University.

Kevin Costner is married to model and handbag designer Christine Baumgartner. The pair shared the wedding vows on September 25, 2004. They have three children from this relationship, Cayden, Hayes, and Grace.

Previously, he was married to Cindy Costner on 5th March 1978. They dated for 3 years after getting together in March 1975. However, their relationship took an ending as they divorced on 12th December 1994. The couple has three children from this marriage, Anne Clayton, Lily McCall, and Joe Tedrick.

Kevin Costner’s Career and Net Worth(2019)

‪Check out Kevin's @billboard interview about what's up next for #ModernWest! 🎶 | Link in bio. | 📷: Daniel Knighton‬

Some other movies and television series that Costner has appeared in are Yellowstone, Molly’s Game, Hidden Figures, Criminal, Batman v Superman: Dawn of Justice, Draft Day, Jack Ryan: Shadow Recruit, Hatfields & McCoys, The Company Men and ‘Dragonfly’ among others. Moreover, Costner also has 17 credits as a producer. In addition, he has 3 credits as a director. Furthermore, he is a singer in the band Kevin Costner & Modern West.

On November 11, 2008, the band released a country album titled ‘Untold Truths’. Apart from his career as an actor and singer, Costner is also on an honorary board for the National World War I Museum in Kansas City and was named ceremonial Grand Marshal of the NASCAR Cup Series’ Auto Club 500 in 2007. Furthermore, he was also a partial owner of the Zion, Illinois-based Lake County Fielders independent baseball team.

Costner has won two Academy Awards, three Golden Globe Awards, two Screen Actors Guild Awards, and one Emmy Award. All in all, he has 54 wins and 57 nominations to his name to date.

Being one of the famous very in Hollywood no doubt Kevin Costner has millions and millions of dollars in his account from his successful career. As of 2018, Kevin Costner net worth is $250 million and his salary is around $14 million.

All of his net worth is possible through his acting career as well as from the sales of his assets and profit from his investments.

Amount Received from Movies and Other TV appearances

Kevin Costner has put his oceanfront house for sale at $60 million. The 10,000-square-foot compound includes three houses, one baseball field, sledding hill. All total there are six bedrooms and six bathrooms.

Actor, Kevin Costner has a large car collection of different brands. His collection some branded car. Such as Audi, Nissan, Porsche, and Jaguar. all of his car collection is worth around $3 million. Besides house and car, he has also Rancher, Restaurant and many other properties.

You also may like the biography of Tal Fishman.