home Biography How Much Does Game of Thrones Star, Kit Harington Earn Per Episode? What&#8217;s His Net Worth At Present? Here&#8217;s All You Need To Know

How Much Does Game of Thrones Star, Kit Harington Earn Per Episode? What&#8217;s His Net Worth At Present? Here&#8217;s All You Need To Know 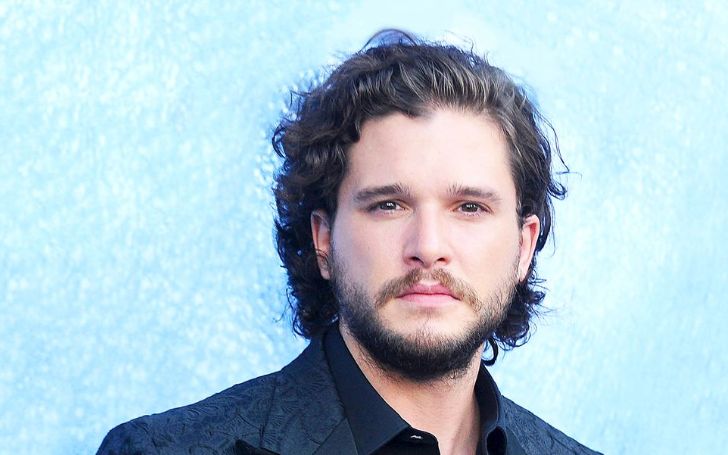 Body and Relation Status of How Much Does Game of Thrones Star, Kit Harington Earn Per Episode? What&#8217;s His Net Worth At Present? Here&#8217;s All You Need To Know

The British actor, Kit Harington is one of the highest paid TV actors who revied around $2 million per episode for his appearance in the  HBO TV series Game of Thrones(2011) as Jon Snow. He is also known for his role in the movies such as Spooks: The Greater Good, Testament of Youth and Pompeii.

Kit Harington was born to father, Sir David Richard Harington, and mother, Deborah Jane on December 26, 1986, in London, England. His birth name is Christopher Catesby Harington. As per some of the sources his father is a businessman while his mother is a former playwright.

Harington joined Southfield Primary School from 1992 to 1998 and later on attended Chantry High School in Martley after he moved to Worcestershire along with his parents. In 2003 he joined Worcester Sixth Form College where he studied Drama and Theatre. Later on, he joined Central School of Speech and Drama and graduated from there in 2008.

Kit Harington has reached the age of 32, as of 29. The actor’s birth sign is Capricorn, who is known for a hardworking, patient and determined.

The 32 years, Kit Harington is currently in a dating relationship with co-star Rose Leslie. The couple who has starred together in the show Game of Thrones. They started their relationship back in 2012.

The dating couple has been together for more than six years and still going together without any rumors of a separation. Hop the longtime boyfriend and girlfriend will move forward in their relationship soon.

Kit Harington’s Career and Net Worth

Kit Harington started his acting career during his school level as a Theater actor. He played the role of Albert in the National Theater’s adaptation of War Horse, which won two Oliver Awards and earned him great recognition on TV as well.

Harington made his TV debut working in the TV series Game of Thrones as a Jon Snow. For his role, he was nominated for Saturn award. The role became his breakthrough role to date. He starred in the series alongside Mark Addy, Lena Headey, Peter Dinklage, Chuku Modu, Jack Gleeson, and Sophie Turner, among others. His portrayal in Game of Thrones made his fans know him as Jon Snow more than his own identity.

Kit Harrington will continue his character as Jon Snow in the eighth season of series, that is premiering on April 14, 2019.

In 2012, he made his movie debut in Silent Hill: Revelation 3D. He got the opportunity to work as a lead role in the Pompeii. His most recent movie appearance in the 2018 Canadian drama film, The Death and Life of John F. Donovan.

What is the Net Worth of Kit Harington at present?

The Game of Thrones star possesses a net worth of $12 million at present. Though the major source of his income comes from his work in Game of Thrones, some of the income also generates from his endorsement deals. Well, the good-looking actor has been the face of Jimmy Choo men’s lines, a spokesman for Nissan’s premium brand Infiniti, and the face of Dolce & Gabbana The One fragrance for men.

How much does Kit Harington make per episode from Game of Thrones?

As on the leading character of the series, Harington receives $2 million per episode.

Don’t miss to have a look at the bio, net worth, career, affairs, relationship, children of Carol Channing, Andy Reid, Tom Brady.