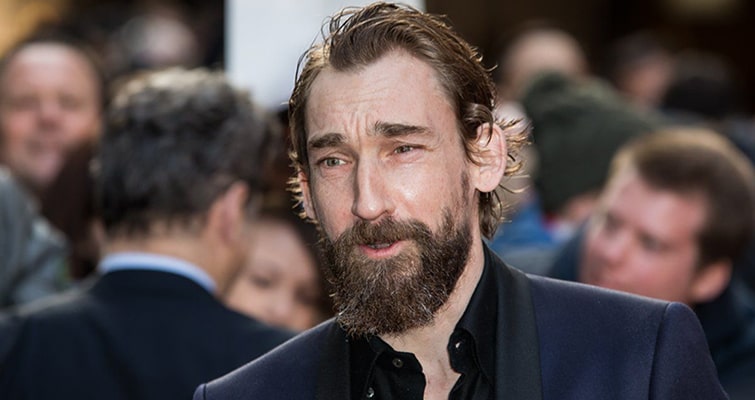 Joseph Mawle is an English actor, well-known for his role as Benjen Stark in the HBO fantasy drama series, Game of Thrones. Besides, he also garnered wide fame for his portrayal of detective inspector Jedediah Shine in Ripper Street.

On today's episode, we are going through seven exciting facts of the former GOT actor.

7. Mawle was Diagnosed with Dyslexia in Childhood

Oxford-born actor Joseph Mawle is one of three siblings born to a teacher mother and a farmer father. Mawle studied at the Croft Preparatory School. He was diagnosed with severe dyslexia during his childhood and went to a boarding school for special needs from the age of 13 to 16.

Mawle dropped out of school at 16 to follow his passion in acting, however, he faced a thump after he contracted labyrinthitis that left him with only 30 percent hearing ability in the upper register and with tinnitus.

After that, he went on to study acting at Bristol Old Vic Theater School, graduating in 2002.

5. He Was in the GOT Pilot, but, Made a Series Appearances in Season 6

Actor Joseph Mawle made his first appearance on the pilot of Game of Thrones as Benjen Stark, however, he took six long seasons to make his comeback in one of the highest-rated television series. Unlike in the series, Benjen Stark seems to have a significant role in George R.R. Martin's book, A Song of Ice and Fire.

4. Earned a Nomination in RTS Breakthrough on Screen Award

Joseph Mawle portrayed a deaf character, Dean Whittingham, who is accused of murder, in the 2006 movie Soundproof. His acting in the film made a huge impact on his flourishing acting career, and he was also nominated for the RTS Breakthrough on Screen Award.

3. Has Appeared in A Music Video

Besides his work on television and films, actor Joseph Mawle has also made his appearance in a music video. Mawle was a feature in The Horrible Crowes' music video for their debut single Behold the Hurricane. The video was also released on YouTube, where it has boasted 271k views as of early 2020.

2. Mawle Also Has Some Theater Experience

Actor Joseph Mawle is primarily active in the television and film industry. But he also has some experience working in theater. He made his theater debut in 2003 from a play Troilus and Cressida.

A year later, Mawle performed in the Shakespearean play Hamlet at the Nuffield Theater, Southampton. His last work in the theater came in 2008 when he played in The Last Days of Judas Iscariot at the Almeida Theatre.

1. Mawle is Reported to Be Cast in The Lord of the Rings

Nearly two decades after Peter Jackson's Oscar-winning film Lord of the Rings touched the screen, Amazon is set to bring the taste on television. As per Amazon, the series will be filmed in the New Zealand area. While Amazon is yet to announce the star cast of the series, some close sources have revealed Joseph Mawle might play a villain in the series.

The sources also reported the star cast might include the likes of Maxim Baldry and Markella Kavenagh.