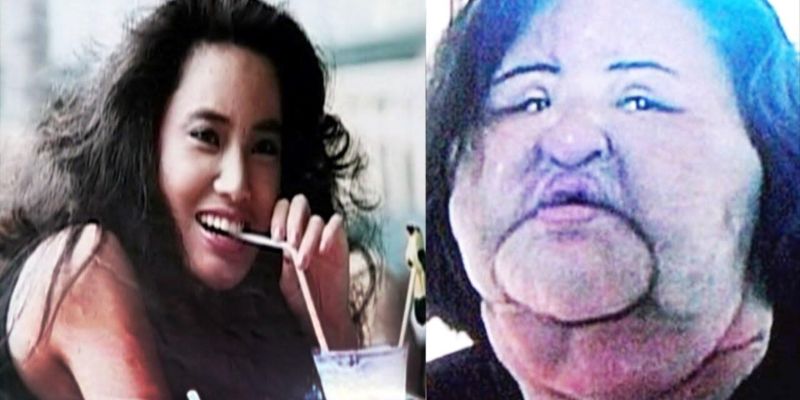 No one is perfect! We all have wanted to change certain features of our face or body. However, the advent of modern techniques to alter and reshape the human body has become both a boon and a bane.

The pressure of looking good, especially for people involved in the entertainment industry, is worst. They are desperate to achieve perfection, willing to go under the needles without a second thought.

The beautiful Korean model, Hang Mioku, went under a similar predicament and took the obsession of plastic surgery a bit too far. But how did it all start and what repercussions did she face from it? All details in the article.

The Desire For Smooth And Firm Skin Led To The Injection

Before Hang Mioku shocked the world with her swollen and disfigured face, she had a goal of elevating her modeling and singing career from her talent. However, the desire to look perfect took over her goal.

At the age of 28, she underwent the first plastic surgery, eventually getting hooked up with the procedure. She started taking silicone injection in her face. The dose was so frequent that her surgeon refused any further surgery and believed her obsession to be a trait of psychological disorder.

Nevertheless, she found a way to get hold of a bottle of silicon along with a syringe and resorted to self-injection. During this period, she was residing in Japan.

Vegetable Oil Injection After Running Out Of Silicon

After she ran out of silicon to inject in her face, Hang started to inject herself with cooking oil.

The result was so disastrous that even her parents could not recognize her. She was bullied by local children with names like 'standing fan.'

The Aftermath Of The Obsession

The media started covering her case, and she instantly made headlines all over the globe. Many viewers came forward to donate money for her treatment.

In the process of the treatment, surgeons removed 60 grams of foreign substance from her face and 20 gram from her neck.

However, even after multiple surgeries, doctors were unable to reduce the size of her face and recover her original looks.

In her late 50s, the former model and singer is said to have worked in a recycled clothing store.

After multiple reversal surgeries, her face doesn't look as grotesque as before. However, she will never be able to get back her original face.

Perhaps this can serve as a valuable lesson to all the people who risk everything to achieve perfection. It inevitably will never lead them to that perfection but will only help to have the opposite effect!

Numerous rumors are surfing online about the death of Hang Mioku. This might be because of her disappearance from the media for a long time. Since there are no official reports, we can't confirm anything.