home Biography What Is Kourtney Kardashian&#8217;s Net Worth At Present? Also Know How Much Every Member Of The Kardashian-Jenner Family Worth

What Is Kourtney Kardashian&#8217;s Net Worth At Present? Also Know How Much Every Member Of The Kardashian-Jenner Family Worth 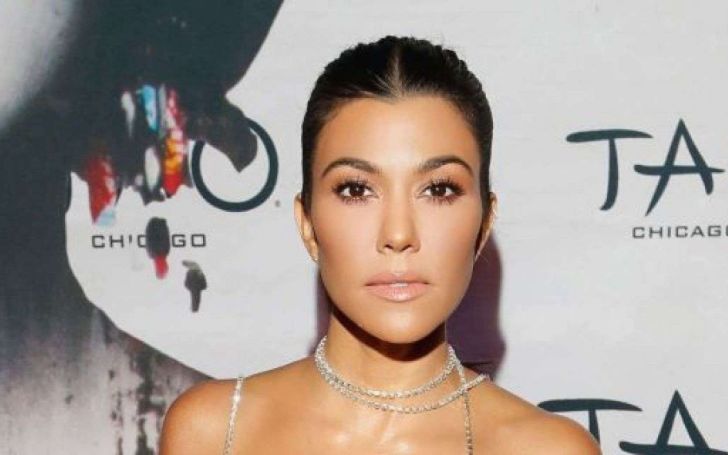 Body and Relation Status of What Is Kourtney Kardashian&#8217;s Net Worth At Present? Also Know How Much Every Member Of The Kardashian-Jenner Family Worth

Kourtney Mary Kardashian, an American TV personality, socialite, businesswoman, and model, first became known to audiences after appearing on the 2005 series, FiltyRich: Cattle Drive. She is the eldest child in the Kardashian family and is one of the executive producers of family’s hit reality show, Keeping Up With Kardashians, along with her mother and sister.

At present, Kourtney Kardashian‘s net worth is $35 million. She has made a huge amount of salary from her successful career. Kourtney and her siblings, who are popular on social media derive most of their revenue from the endorsements of products such as waist slimming pants, beauty products, Coca-Cola and prescription drugs. They are paid (as of 2016) between $75,000 and $300,000 per post on Instagram, Facebook, and Twitter, as per CBC Marketplace.

Take A Quick Look At Her Career: Her Journey To Success

First, Kourtney Kardashian appeared on the 2005 series, Filthy Rich: Cattle Drive, on which she earned for charity. She has starred alongside her mother, Kris Jenner, and her sisters, Kim and Khloe Kardashian in family’s hit reality show, Keeping Up With The Kardashians. Her other siblings Caitlyn Jenner, Rob Kardashian, Kendall Jenner, and Kylie Jenner also stars on the show.

Making its debut on October 14, 2007, the show, KUWTK has become one of the longest-running reality show in the country. The show mainly focuses on sisters, Kourtney, Kim, and Khloé Kardashian and their half-sisters Kendall and Kylie Jenner. The fifteenth season of the show premiered on August 5, 2018. It has earned more than 2.1 million viewers for each episode.

According to TMZ, the E! network reached a $150 million deal with the show KUWTK in October 2017. Kardashians previously earned $20 million per season and most recently they earned $30 million per episode from the show.

Similarly, the Kardashian-Jenner family agreed to a reported contract of $80 million for the fourteenth season of the show, Life of Kylie.

Additionally, she has represented the skincare line PerfectSkin with her sisters, which was developed by Dr. Ron DiSalvo for Perfect Science Labs. She launched her first solo fashion line in 2017, as a part of a collaboration with the site PrettyLittleThing.

Talking about her house, well, Kourtney Kardashian owns a glamorous mansion in California worth over millions of dollars. The mansion consists of a wonderful Living Room, a cozy Guest Suite, a super spacious kitchen and pantry, and a perfect dining space. Also, the house has kids rooms as well as a home office.

Kardashian and her ex, Scott Disick, purchased the estate for $8.5 million. The name of the mansion was Calabasas mansion.

How Much Is Every Member Of The Kardashian-Jenner Family Worth?

Kylie Jenner: Kylie Jenner‘s net worth is $900 million at present. Forbes ranked her as the fifth wealthiest celebrity in the U.S. for 2018.

Kim Kardashian West: Kim Kardashian is worth $350 million at present. She ranked #54 on the list of America’s Richest Self-Made Women.

Caitlyn Jenner: Caitlyn Jenner has a net worth of $100 million at present. She has earned a good amount of salary appearing on Keeping Up With the Kardashians and I Am Cait. Also, she has published a memoir, The Secrets of My Life, and has made money on the public speaking circuit, making several endorsements deals with companies like MAC.

Kris Jenner: Kris Jenner possesses the net worth of $60 million. Her role as executive producer of Keeping Up With the Kardashians has made her more popular. She earned $11.5 million in 2016 alone, according to Forbes.

Kendall Jenner: Kendall Jenner currently worth $30 million. She was the highest paid model in the world for the second year in a row, as per the reports by Forbes.

Rob Kardashian: Rob Kardashian’s net worth is $10 million at present. His major source of income is his appearances on Keeping Up With the Kardashians and Rob & Chyna.