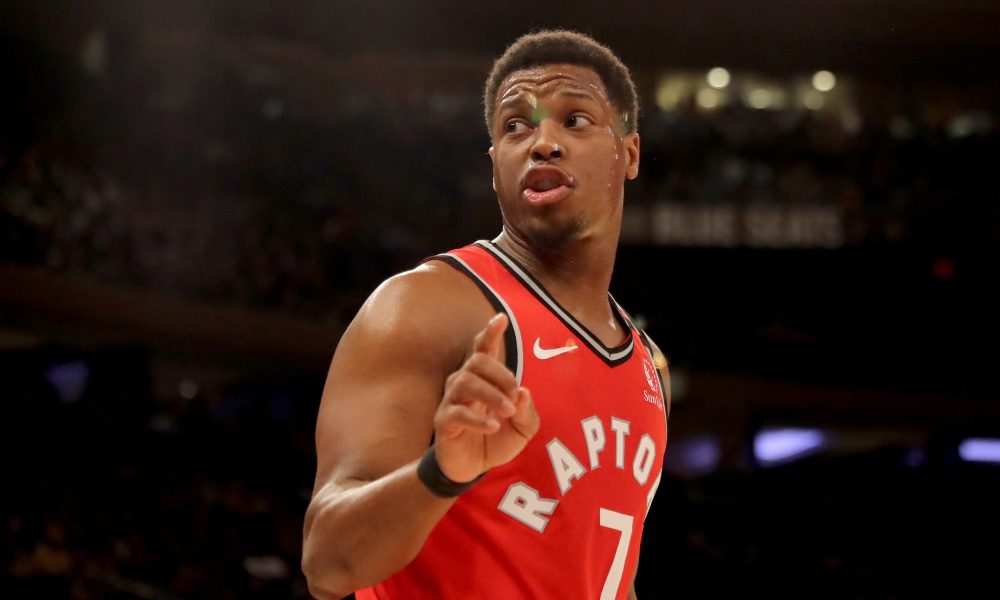 Kyle Lowry is a professional basketball player who has been a point guard for the prominent team Toronto Raptors since 2012. He is a six-time NBS ALL-Star and also won an NBA championship with Toronto in 2019. The player previously also played for Memphis Grizzlies and Houston Rockets. Moreover, Lowry received a gold medal in the 2016 Summer Olympics.

Kyle Lowry has been sharing a loving relationship with his wife Ayahna Cornish, a fellow Philadelphian native for years now. Neither Kyle nor Ayahna has revealed when the two got married.

The couple first met while they both were studying at Cardinal Dougherty High School together. There, Lowry's spouse Cornish was a varsity basketball player. She later went on to play for Saint Joseph's University and also became the best offensive player for two consecutive seasons.

Cornish, however, could not pursue a career further following her ACL injury during her junior year.

The couple is blessed with two children; sons Karter Lowry and Kameron Lowry, born on July 15, 2015. The family of four currently resides in Philadelphia.

Kyle Lowry has an estimated net worth of $55 million according to celebrity net worth as of 2020. The accomplished player has mainly racked the majority of his fortune from his club's salary and endorsement. As of 2020, Lowry is paid $33.3 million.

Kyle Lowry Slammed Down $2.65 Million On His English Manor Home

In 2015, Kyle Lowry plunked down $2.65 million on his house which is located in Philadelphia. The English manor home was originally built in 2006 and has six bedrooms, eight bathrooms, and a six-car car garage.

Kyle Lowry was born on March 25, 1986, in Philadelphia, Pennsylvania to Lonnie Lowry Sr. and Marie Holloway. He holds American nationality and belongs to black ethnicity. He spent the majority of his childhood days along with his older brother named Lonnie Lowry.

Lowry did his schooling from the Cardinal Dougherty High School. He briefly played basketball for the school's team as point guard at that time.