home Biography Who Is Kyle MacLachlan? Find Out Everything You Need To Know About Him

Who Is Kyle MacLachlan? Find Out Everything You Need To Know About Him 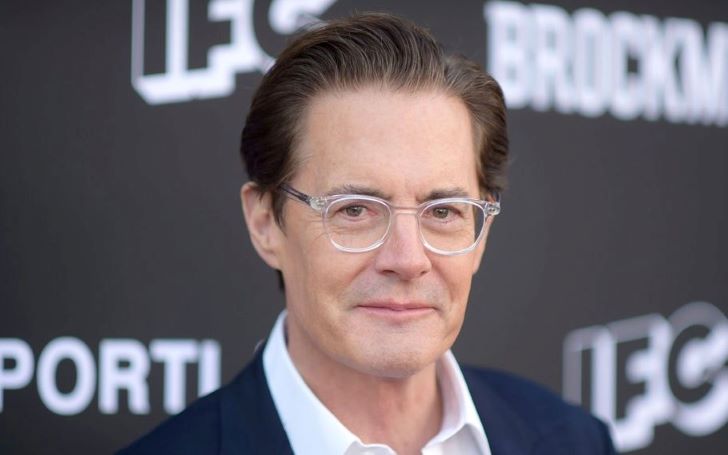 Body and Relation Status of Who Is Kyle MacLachlan? Find Out Everything You Need To Know About Him

Kyle Merritt MacLachlan, also professionally known as Kyle MacLachlan is an American actor who came into limelight for his character as Dale Cooper in the film and drama series, Twin Peaks. In addition, he has appeared in some of the popular TV series including Sex and the City and Desperate Housewives. In addition, he is the winner of the Golden Globe Award.

The American actor was born on February 22, 1959, in Yakima, Washington, United States. Talking about his parents, he has father Kent Alan MacLachlan, a lawyer and stockbroker, and mother Catherine Stone, a homemaker, and public relations director for a school district.

As for his siblings, Kyle has two younger brothers named Crag and Kent Jr. He belongs to American nationality and white by ethnicity. His birth sign is Pisces. MacLachlan grew up in Yakima, while his brothers lived in Seattle.

Kyle is one of the handsome actors in Hollywood and there is no small amount of women in his life. He is currently in a marriage relationship with publicist Desiree Gruber. The couple held a private wedding ceremony on April 20, 2002.

The partner started dating in 1999 when the actor moved to New York for the shooting of Sex and the City. After six years of marriage, the spouses welcomed their first child named Callum Lyon MacLachlan on July 26, 2008, in Los Angeles.

MacLachlan previously had a romantic relationship with actress Laura Dern in 1985. They met on the set of TV series Blue Velvet. The relationship between the couple lasted for three and a half years until they broke up.

Later, he was in a relationship with the co-star of Twin Peaks, Lara Flynn Boyle in 1990. They lived in a harmonious relationship for two and a half years before they parted from each other’s life.

The American actor then had an intimate relationship with supermodel Linda Evangelista in 1992. They met at a photoshoot and instantly fell in love with each other. They spent their life together for a long six years until they parted their ways.

According to Celebrity Net Worth, the American actor has accumulated an astounding net worth of $3 million as of July 2019. He became successful in collecting such wealth by appearing in a series of films and sitcoms.

Talking about his property, Kyle has a 2,700 square feet estate surrounded by the picturesque view and cottage gardens with three bedrooms and three bedrooms. In addition, it also consists of a stone-walled guest room with a gym and a bathroom. He bought the house in $800,000 when he was in a relationship with Lara Flynn Boyle in 1991.

MacLachlan began his professional career from long-time friend David Lynch’s movie Dune as Paul Atreides in 1984. The movie is the adaptation of Frank Herberts’s novel. Following then, he appeared in the movie Blue Velvet as Jeffrey Beaumont in 1986.

In 2009, he appeared in the CBS series The Good Wife as the recurring role Josh Perotti. He worked alongside Jeffrey Dean Morgan, Josh Charles, Zach Grenier, Matthew Goode, and others.

In addition, the American actor performed in theatrical shows in Tartuffe as Damis at the Empty Space Theatre in 1983. Some of his stage shows include The Palace of Amateurs (1988), One An Average Day (2002), and The Caretaker (2003-2004).

Who is Kyle MacLachlan?

Kyle MacLachlan is an American actor, best known for his exceptional performance in the film and drama series, Twin Peaks as Dale Cooper.

How old is Kyle MacLachlan?

How tall is Kyle MacLachlan?

How much is Kyle MacLachlan worth?