home Biography Who Is Lil Uzi? Find Out All You Need To Know About His Age, Height, Net Worth, Career, Awards, Controversies, Legal Issues, And Relationship

Who Is Lil Uzi? Find Out All You Need To Know About His Age, Height, Net Worth, Career, Awards, Controversies, Legal Issues, And Relationship 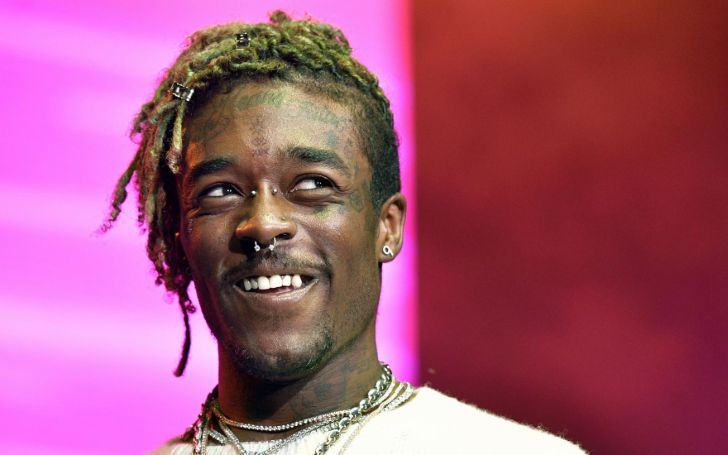 Body and Relation Status of Who Is Lil Uzi? Find Out All You Need To Know About His Age, Height, Net Worth, Career, Awards, Controversies, Legal Issues, And Relationship

Age 24, Symere Woods, professionally known by the alias Lil Uzi Vert is a rapper, singer, and songwriter of American nationality who received initial recognition following the release of the commercial mixtape Luv Is Rage in 2015. From his hard works and dedication, the American artist has grabbed several awards nominations like Billboard Music Awards and Grammy, winning the MTV Video Music Awards in 2017. As of 2019, he owns the net worth in millions of dollars.

Born Symere Woods on July 31, 1994, in Francisville, North Philadelphia, he is an American belonging to African ethnic background. He shares the birth sign, Leo.

His name ‘Lil Uzi Vert’ means that he’s pointing an Uzi vertically, which means he’s shooting at the sky. While some online sources told, he got his name ‘Lil’ due to his short height i.e. 5 feet 3 inches and ‘Uzi’ for his fast rapping style.

At the age of 13, he began listening to Marilyn Manson, Paramore, My Chemical Romance, and The All-American Rejects and cites himself as a big fan of Marilyn Manson.

Lil Uzi started rapping when he was in 10th grade, and after listening to his classmate’s freestyle, the three formed a rap group, Steaktown, which broke up when Woods was 17.

He left school and soon started a job at a Bottom Dollar store, which he quit after four days and was kicked out of his home by his mother. The circumstance prompted Woods getting his face inked, the word “Faith” under his hairline, which incited him to pay attention towards his rap career seriously.

As of June 2019, the yelpy-voiced, oddly-dressed rapper is single following his break up with fashion designer Brittany Byrd whom he dated from 2014-2017. The former pair met during their school days; Byrd was among Woods’ fans during that time.

Woods originally referenced Byrd in the melody “Nuyork Nights at 21” from Luv Is Rage and has since made different tunes about the designer, even showing up in the music video for Woods breakout single, “Money Longer”.

On June 26, 2017, the couple broke up to Woods declaring the news with another single titled “Stole Your Luv”. Apart from that, he has not been in any relationship or linked with anyone.

The purple-haired rapper was once blamed for being a Satanist by battle rapper Daylyt who claimed of Lil Uzi worshipping Satan. Woods has been said to be propelled by Marilyn Manson’s venerate and support of Satan who he called his greatest motivation. He additionally told a crowd of fans in July 2018, that they were going to hell with him.

Not only that, he created controversy in August 2017, by adding satanic images on his social media accounts and sharing sinister expressions, for example, 666. His Instagram access was taken by his record label for frequently and again advancing Satanism via web-based networking media.

Lil Uzi was arrested on December 8, 2016, in Atlanta, for recklessly driving a dirt bike. He and his mate were driving the bike without lights and helmets being noticed by a cop and while being chased, Woods fell off his bike and attempted to run away on foot.

Due to that, he held $6,500 bond and the charge was resolved in November 2017, with Woods receiving community service.

How Much Wealth Does Lil Uzi Have at Present?

Lil Uzi’s net worth, as of June 2019, is estimated to be roughly $17 million, as per Celebritynetworth and Wealthygorilla. He has successfully grabbed an incredible sum from his rap career.

Woods has released many albums in his career and won MTV Video Music Awards being nominated for other awards including Billboard Music Awards, Grammy, and iHeartRadio Music Awards.

His net worth is often compared to celebrities Marissa Ribisi and David Haffenreffer. Besides, he has yet not revealed about his properties, houses, and cars.

Starting to rap with the musical groups like Steaktown, under the name “Vert”, he later changed his name to Lil Uzi Vert, after someone described his rap flow as Fast like a machine gun.

Lil Uzi received further attention after being featured on Carnage’s single WDYW and soon followed his breakthrough with the mixtape Lil Uzi vs The World in 2016. Two tracks from the album ‘You Was Right’ and ‘Money Longer’ reached the Billboard Hot 100, and the album made it to Top 50 on the Billboard 200 chart.

Who is Lil Uzi?

He is an American rapper, songwriter and singer who earned popularity from the album Luv Is Rage.

Where is he from?

An American native, Lil Uzi is from Francisville, North Philadelphia, and belongs to African ethnic background.

He stands at a height of 160 cm; his height in feet values around 5 feet 3 inches.

What’s his net worth at present?

Is he married or single at present?