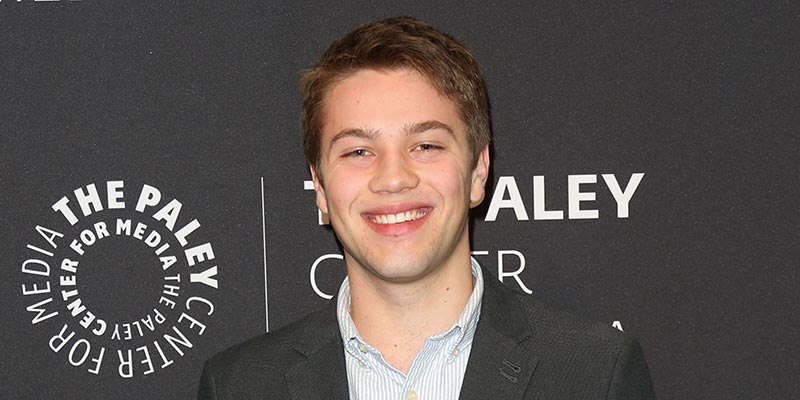 Canadian actor, director, and writer, Connor Jessup, is famous for his role as Ben Mason on the TNT science fiction television series Falling Skies and as Taylor Blaine in American Crime. Jessup has also made notable appearances in films such as Blackbird and Closet Monster.

Here's everything you need to know about the young Canadian actor.

Born and raised in Toronto, Ontario, Canada, Jessup made his acting debut at a tender age of 12, appearing as a "bat throwing kid" in the third episode of television series The Jon Dore Television Show.

After several minor roles, Jessup landed a lead role in the kids' television series The Saddle Club. He is also credited with developing a concept of the plot of one episode of the series.

6. Jessup Was an Executive-Producer of Amy George

Actor Connor Jessup served as the executive producer for the independent film, Amy George, which was played at the Toronto International Film Festival in 2011. Jessup was only 15 years old at the time. The film starred Mullally, Gabriel del Castillo, Don Kerr, and Claudia Dey.

Jessup has been cast as the main character Tyler Locke, the oldest son for the Locke family in the supernatural horror drama web series Locke & Key. The first season of the series premiered on Netflix on 7 Feb. 2020.

The series, which is based on the eponymous book of Joe Hill and Gabriel Rodriguez, also stars Darby Stanchfield, Emilia Jones, Jackson Robert Scott, and Laysla De Oliveira, among others.

The show further adds Felix Mallard, Griffin Gluck, and a few others in the prominent roles.

In 2016, Film Maker magazine listed the 25-year-old Canadian actor as one of the 25 New Faces of Independent Film. The list also included the actors Sasha Lane, Tom Rosenberg, Ricardo Gaona, and more.

Jessup became the part of the list after his intensive work as Taylor Blaine in the second season of American Crime.

The American Crime star is openly g*y. Jessup, who kept his seual orientation secret for long, announced an Instagram post in June 2019. In the post, he revealed he identified himself as gy when he was 13. He went on writing:

I folded it and slipped it under the rest of my emotional clutter. Not worth the hassle. No one will care anyway. If I can just keep making it smaller, smaller, smaller....My shame took the form of a shrug, but it was shame.

I'm a white, cis man from an upper-middle class liberal family. Acceptance was never a question. But still, suspended in all this privilege, I balked. It took me years. It's ongoing. I'm saying this now because I have conspicuously not said it  before.

Months after coming out of the closet, actor Connor Jessup revealed he has been dating the 13 Reasons Why star Miles Heizer. Jessup took to his Instagram on February 14, 2020, wishing his boyfriend "Happy Valentines."