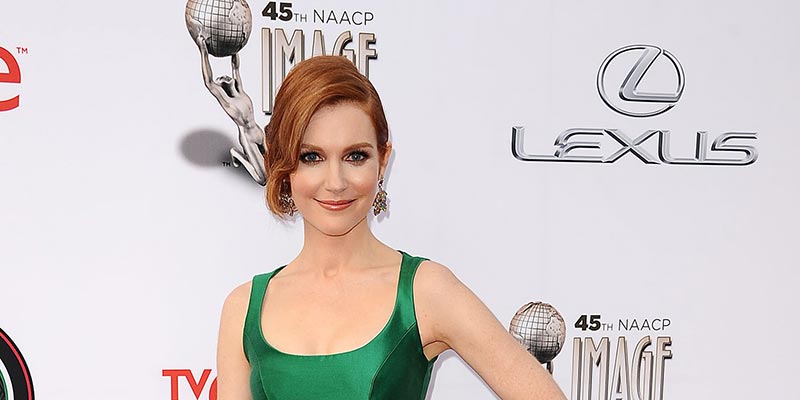 American actress Darby Stanchfield is best known for her portrayal of Abby Whelan in the ABC political drama series Scandal. She is also recognized for her roles as Helen Bishop in the AMC period drama series Mad Men and as April Green in the CBS series Jericho.

You can find seven interesting facts about the actress in this article.

7. Was Born in Alaska

Actress Darby Stanchfield was born as Darby Leigh Stanchfield on April 29, 1971, in Kodiak, Alaska. Her father was a commercial fisherman. Stanchfield moved to Dutch Harbor in the Aleutian Islands and finally Mercer Island.

The Scandal star completed early education in her hometown in Alaska while she went to Washington for higher education, where she attended the University of Puget Sound. She graduated with a degree in Communications and a minor theater in 1993.

Later on, Stanchfield studied acting at the American Conservatory Theater in San Francisco.

Stanchfield started her acting career in theater after she graduated from the American Conservatory Theater. And a few years later, she made her television debut in an episode of CBS crime drama, Diagnosis: Murder in 2000.

She subsequently starred in many television shows that included American Dreams, Strong Medicine, and Without a Trace, among others.

Actress Darby Stanchfield took four more years since she made her television debut to make her debut in films. Her first film appearance was as Sibyl Vane in the 2005 film The Picture of Dorian Gray.

Meanwhile, Stanchfield's landed her first lead role in a feature film in the 2008 movie The Square Root of 2, in which she worked as Rachel Lehrer.

3. Stanchfield is a Presence on Social Media

2. Has a Net Worth in Millions

Actress Darby Stanchfield has a net worth of $2 million. She has been acting for almost two decades. She has predominantly been active on television than films.

Having worked in over two dozens television series, we can say Stanchfield earns a significant portion of her net worth from her work on television.

The Locke & Key star Darby Stanchfield has been married to Joseph Mark Gallegos since 2009. Her husband, Gallegos, is the former executive of Trailer Park, Inc.

The actress kept her marriage a secret for years, only revealing to People in November 2015. Confirming her marriage to the outlet, the actress said: "I am very happy." The husband and wife of more than a decade don't share any children as of yet.