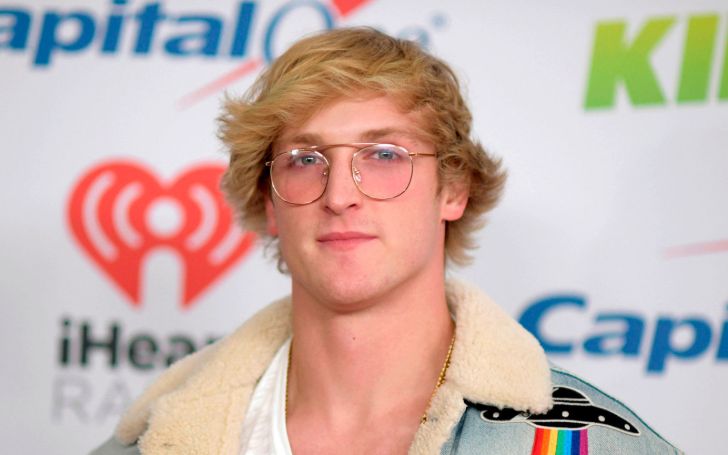 American actor and internet personality, Logan Paul is an inspiration to every teenager. He first gained fame through videos shared on Vine and later earned popularity from Facebook and YouTube.

Logan Alexander Paul was born on April 1, 1995, Westlake, Ohio, the U.S. As of 2019, he has reached the age of 23, and is Aries who are said to be enthusiastic and always ready for action.

He is the son of Gregory Akkan Paul and Pamela Anne Stepnick. Well, he has a younger brother named Jake Paul, an actor and internet personality who started creating videos for YouTube channel called Zoosh at the age of 10.

Paul attended Westlake High School, where he achieved the ranks of Plain Dealer’s All-Star linebacker on the football team in 2012. During that time, his YouTube channel has also achieved modest following via the platform Vine.

The 23-year-old internet personality majored in Industrial Engineering at Ohio University and later dropped put to pursue his career as a full-time social media entertainer in Los Angeles.

Logan Paul is not married yet and has no children. Well, he was in a longtime relationship with his girlfriend, actress, Chloe Bennet. The duo started dating back in July 2018. They were seen during the Flat Earth International Conference in Denver, Colorado on November 16, 2018.

As of now, the pair are not together. They parted their ways in November 2018. However, the reason for their break up is unknown.

He was rumored to be dating model Chantel Jeffries in November 2017. But, the rumor has never been confirmed.

Also, Paul was briefly linked with his younger brother’s ex-girlfriend, Alissa Violet in 2017. He was rumored to be in a relationship with actress Teala Dunn in April 2016.

Similarly, he briefly dated Amanda Cerny in 2016 and was in a relationship with model Jessica Serfaty from 2014-2016.

Paul released his new single, No Handlebars, a track based heavily around an interpolated sample of the song Handlebars by the American alternative hip hop group Flobots, on November 23, 2017.

The song was highly criticized for its perceived sexual objectification of women and a scene where Paul rides several women like a bicycle. However, the video was deleted by him.

He uploaded a video on his YouTube channel on December 31, 2017, depicting the recently deceased corpse of a man who had committed suicide by hanging in Aokigahara at the base of Fuji Mountain in Japan. The video earned 6.3 million views within 24 hours of being uploaded.

Paul was put in huge controversy due to the video and was also criticized by celebrities and politicians. Also, he was accused by other members of the YouTuber community of being insensitive to suicide victims.

As a result, he removed the video from the YouTube channel following up with a written apology on Twitter on January 1, 2018. Also, Maverick Apparel, a brand for juniors and children, threatened Paul with legal action for giving his clothing line the same name i.e., Maverick by Logan Paul.

On February 9, 2018, YouTube suspended all advertisement on Paul’s channel due to his pattern of behavior, after he joked about participating in the Tide Pod challenge, removed an ill fish from his pond to jokingly give it CPR, and tasered two dead rats.

Logan Paul’s Net Worth And Career

Logan Paul’s net worth is $19 million at present. From his successful YouTube career, he has made a huge fortune. Well, he makes an average of $273 thousand per month from his monetized YouTube videos.

His net worth back in 2017 was around $14 million. The same year, he was named one of Forbes magazine’s highest-paid YouTube stars.