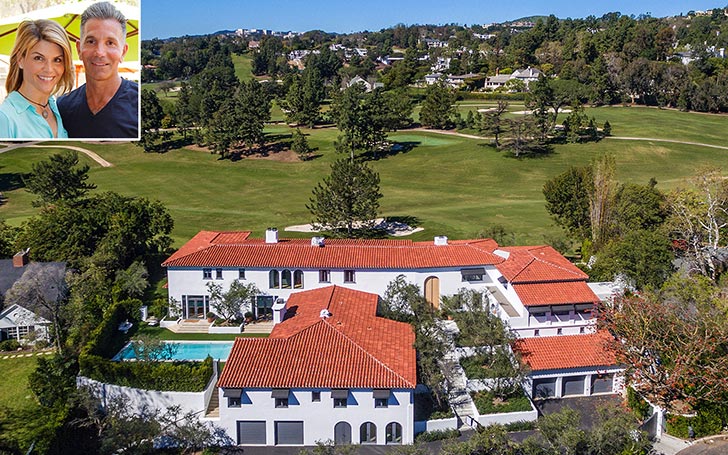 Full House and  Fuller House actress Lori Loughlin and husband Mossimo Giannuli are selling their California mansion. The 55-year-old actress and her fashion designer husband reportedly listed the house for $28.7 million. The news comes around a year after the pair became a part of the college admission scandal.

Meanwhile, sources close to the couple told TMZ that the sale has "nothing" to do with the scandal and emphasized the couple was "following Mossimo's passion for architecture."

According to People's article published in March 2019, Loughlin and Giannuli used the mansion as a collateral for their $2 million bail.

The 12,000 square-foot property features six bedrooms and nine bathrooms. Additionally, the mansion has a large swimming pool, an outdoor courtyard, a formal dining room, and an eat-in chef's kitchen.

The husband-and-wife purchased the house back in 2015 when they splurged $13.995 million. According to Variety, thy had tried to sell the house in 2017 for $35 million.

The Full House alum and her husband were arrested in March 2019 in connection with the infamous college admissions scandal that involved the high-profile public figures like Diane Blake, Manuel Henriquez, Felicity Huffman and more.

Meanwhile, a source close to the Loughlin told People that she did not realize what she was doing was illegal. The source further said, Rick Singer, the mastermind behind the college admissions scam, deceived her, saying she was making the donation just like other parents were doing for years. The source said,

She did not have any intent to do something illegal, and in fact, she thought she was doing the right thing. That's why she hasn't pleaded guilty; frankly, she believes that she is innocent and that the evidence shown in court will prove that.

Unfortunately, it seems as though the prosecution is hell-bent on making example out of people, and not playing fair.

Earlier in April 2019, the husband-and-wife rejected a plea deal and subsequently pleaded not guilty in the court.