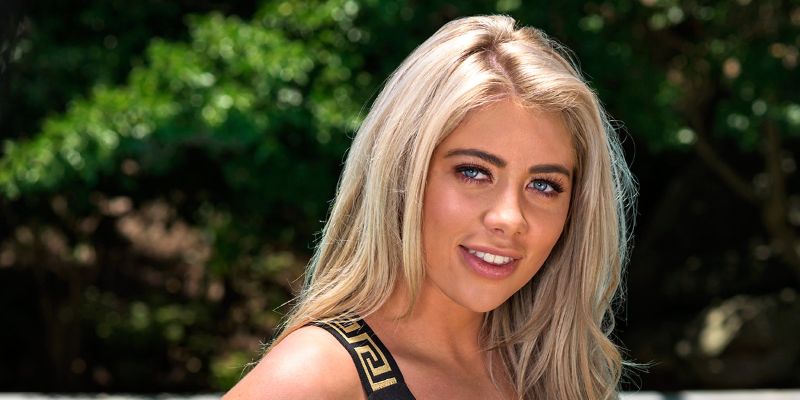 Paige Turley, along with her partner Finley Tapp won the sixth series of Love Island broadcasted from ITV2 from January 12, 2020, to February 23, 2020. Winning the heart of millions with their perfect chemistry, both have come a long way since the first day on the show.

From appearing in Britain Got Talent to being forthright about her relationship, there is a lot more to discover about this beautiful reality show star. Let's begin.

The Love Island winner Turley was born on November 28, 1997, making Sagittarius her birth sign. She comes from West Lothian, Scotland, a place containing the relics of Mary, Queen of Scot's birthplace.

Growing up in the bucolic environment, she talked about knowing everyone personal details as a child, adding,

"I am from a small village where everyone knows each other or has been an ex of someone. I want to find someone who is different, and outside the small village mentality."

6. Is Popular On Social Media

Her Instagram handle is turley_paige, in which she currently has 1.2 million followers. Most of her Instagram post includes her partner Finley Tapp, and her admirers couldn't ask for more.

Turley joined Twitter in December of 2019, and in just a small amount of time, she has already racked up 33.8K followers. If you want to follow Paige Turley on Twitter, she goes by the username @turleypaige_

5. Her Most Prized Possession Is Phone

While most of us would grapple with the thought of leaving our family for an extended period, Paige would do so only if she had to go a moment without her smartphone.

Why? Because of her constant habit of staying active on social media. When asked about what she would find most difficult to relinquish once she would enter the villa of Love Island, she stated,

"I won't struggle from being away from home but will struggle being forced away from my phone. I think that is what I am going to struggle with the most in the villa - not having my phone."

4. Appeared On Britain's Got Talent

At the age of 14, Turley appeared in the sixth season of a British talent show called Britain's Got Talent.

In the audition, she sang Skinny Love, originally composed by American indie folk Bon Iver. Impressed by Paige's performance, each judge in the panel gave a favorable response to Turley's rendition of the song.

Alesha Dixon, an English singer, and judge of the show, exclaimed, "You are adorable; I loved your song choice. So different and refreshing." Another judge, David Walliams, stated, "I think you look and sound like a pop star."

While Amanda Holden expressed about Paige having 'a really bright future ahead of her,' Simon Cowell concluded with saying, "She did not do a direct copy of the song, and it sounded really different."

After competing in semi-final two that took place on May 7, 2012, she became eliminated due to minimum votes from the judges.

Paige Turley and Lewis Capaldi started dating from 2014 after meeting with each other at New College Lanarkshire Motherwell Campus in Scotland. Perhaps their penchant for singing brought them together since Capaldi is a Brit Award-nominated Scottish singer and songwriter.

After the on-and-off relationship for a year, the pair ended their relationship in 2016. According to The Sun, Capaldi's Billboard Hot 100 topping single Someone You Loved was penned by Lewis while reminiscing his relationship with Paige.

However, Lewis clarified the song being inspired by his grandmother's death while receiving an award for Song of the Year at the 2020 BRIT Award.

In the Love Island, the contestants were told to perform any act in a bid to spend some quality time with one they were partnered with. Turley, who had already shown her fantastic singing skill in the stage of Britain's Got Talent, recreated the scene by singing Show Me, Love.

Other contestants loved her performance with Priscilla Anyabu exclaiming, "Paigey baby has pipes. I mean, her voice was amazing."

In addition to a favorable response from her fellow islanders, Turley also became showered with praise from her fans on Twitter.

1. Became The Winner Of Love Island

Before entering the show to find a potential partner, Turley had talked about looking for someone with the feature of "tall, dark, and handsome having wits with a bit of banter."

In the beginning, she paired up with Ollie Williams until his voluntary departure. After the entry of Finley Tapp on the 5th day of the show, both stuck together throughout the show.

On February 23, 2020, Paige Turley, along with her partner, Finley Turley, was announced as the winner of the sixth season of Love Island. Finn and Paige received £50,000 prize money.