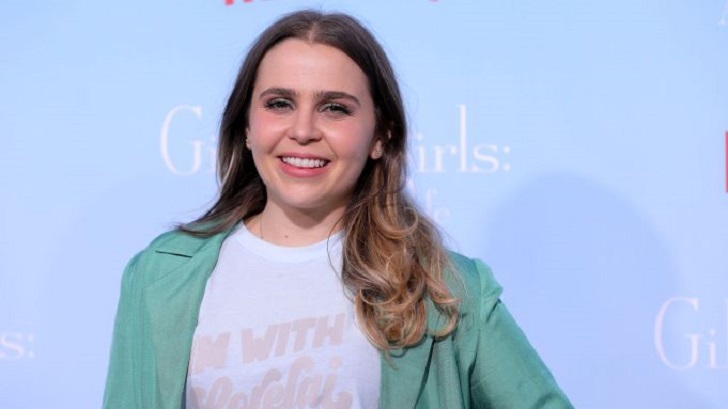 American actress and singer Mae Margaret Whitman gained international recognition for her performance in the sitcom Arrested Development. Whitman is also known for her role as Amber Holt on NBC's Parenthood.

What's more, Mae is the first actress to provide the voice for Tinker Bell in the Disney movie, Tinker Bell. Currently, she appears in NBC's Good Girls. Here are seven facts to know about Mae Whitman.

Mae Whitman is 31 years old as of now. She was born on June 9, 1988. As a matter of fact, Whitman shares the same birth date with English actor Eddie Marsan. Talking about Whitman's height, she stands 5 feet and 2 inches (1.57 m) tall.

Whitman attended a private preparatory school in Los Angeles called Ribet Academy. She is of English and German ancestry.

Her Mother Is A Voice Artist

The 31 years old actress comes from a showbiz family. Her mother, Pat Musick, is a voice actress who has lent her voice for numerous television shows, movies, and video games.

In fact, Mae got her start in acting after she interrupted Musick's audition out of sheer boredom, which interestingly impressed the casting directors. Whitman went on to do a voice-over for a Tyson Chicken commercial when she was two years old.

On the other hand, Mae's father, Jeffrey Whitman, works as a personal manager and set construction coordinator.

Whitman Is Also A Singer

Whitman has worked as a guest vocalist on numerous tracks of the indie-punk band Fake Problems. The tracks are featured in the band's third full-length album titled 'Real Ghosts Caught on Tape.'

She also recorded songs titled 'I Heard The Bells On Christmas Day' and 'You Make Christmas Feel So Good' for School's Out! Christmas.

Moreover, she was featured in Parenthood's song 'Gardenia' that played on the episode, The Booth Job, of the second season. Whitman also appeared on Tegan and Sara's 'I Was a Fool' and 'Boyfriend' music video.

Mae Had Guest-Appeared In Friends

Mae Whitman played as Sarah Tuttle in the NBC sitcom Friends. At the time, Mae was only eight years old. Her character was introduced in the tenth episode, The One Where Rachel Quits,  of the third season that aired on December 12, 1996.

Whitman is seen as a girl scout who sells cookies in hopes of winning a trip to Spacecamp. While doing so, Ross accidentally breaks her leg and tries to makes amends by selling the cookies on her behalf.

Mae Whitman played Annie Marks in the NBC crime comedy-drama television series, Good Girls. The series was renewed for a fourth season on May 15, 2020. Mae's character, Annie, appears as a single mom and younger sister of Beth, played by Christina Hendricks.

Net Worth Of Mae Whitman

Whitman's net worth is estimated to be around $1 million. She made her film debut at the age of 6 with 1994 romantic drama film, When a Man Loves a Woman. Since then, she has appeared on movies as One Fine Day, An American Rhapsody, Boogeyman 2, Scott Pilgrim vs. the World, The Perks of Being a Wallflower, and most recently, Valley Girl.

Moreover, Whitman has also worked as a voice actor in notable movies as The Jungle Book 2, Disney Fairies film franchise, and Teacher's Pet. Her work in films and television shows can be credited to her net worth of $1 million.

Mae Whitman is not married as of now. She also prefers maintaining her personal life private.

For this reason, most of the rumored relationship has not been officially confirmed. Mae Whitman has been reportedly dating Canadian actor Dov Tiefenbach since 2008.

Whitman was in a relationship with actor and singer-songwriter, Landon Pigg.

In an interview with the Glamour, Mae talked about her favorite guest star who appeared in Parenthood, stating,

"Actually my ex-boyfriend Landon Pigg was on one year. He was my boyfriend at the time, and he came on The Luncheonette to record because he was a musician. We're still really good friends. He actually helped me write all the music that I've sung on this show so far. To have him on the show was pretty special."