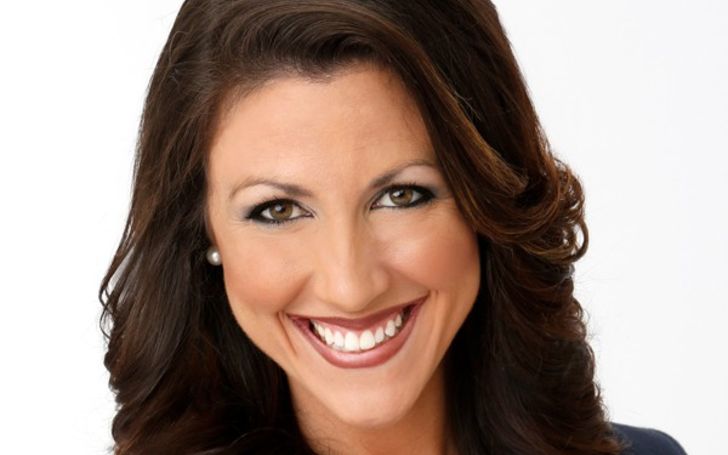 Marci Gonzalez is a reporter on ABC News, who appears on several programs for the network. She joined  ABC News in 2013 from WABC, the No.1 channel in New York. Currently, she serves in ABC news and runs other various different programs.

Born as Marci Renee Gonzalez on November 25, 1982, in Denville, New Jersey, the U.S under the birth sign of Sagittarius. She holds an American nationality and belongs to a white ethnic group.

My awkward contribution to #OldHeadshotDay circa 1992-ish 🤣

She is raised by her parents are Cathi Gonzalez and Francisco Gonzalez along with her two siblings Christina Gonzalez and Richard Gonzalez. Her father is from Uruguay and he had moved to the USA when he was a teen.

In addition, She attended Atlantic High School. Later, she completed her high school graduation from the University of Central Florida. She enrolled a BA in Political Science and Journalism and graduated in the year 2005.

The gorgeous actress is yet to be married. Currently, she is in a romantic relationship with her boyfriend, William Carr. The lovebirds started dating since September 2016.

Furthermore, there are no more details regarding her personal life and also it seems like they love to keep their personal life secret from the public. Till date, there is no sign of separation and they are living happily together.

Marci Gonzalez’s Net worth and Career

The ABC News reporter has a net worth of $17 million. She earns a huge sum of money from her profession. According to some sources, the average pay for a journalist is around $39,586 at $1,952 bonus, $1,024 profit sharing and $7,861 commission. So she might be receiving at the same range. Besides, she lives a luxurious life.

Marci started her career as a journalist at News 12 Networks in the Bronx where she involved as an anchor and a reporter, in 2005. In 2011, she entered the ABC Eyewitness News team as a reporter and covered communities hit hardest by the “Super-storm Sandy”.

Gonzalez was a reporter and weekend anchor at WPTV in West Palm for the News 12 “The Bronx” in New York. Also, she worked for the ABC News and reports and anchors for many programs on the network include ‘Good Morning America’, ‘World News Now’, ‘America This Morning’, and ‘ABC World News Tonight’ in 2013.

In addition, she has covered several big stories which include ‘2013 Paris attack’, ‘Fidel Castro’s death in Cuba’ and the final day of Nelson Mandela’s life in South Africa.