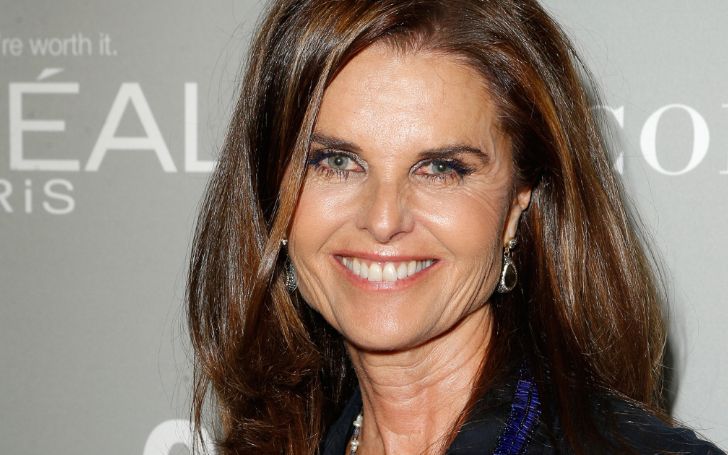 Former First Lady of California, Maria Shriver is a journalist, activist, and author who is best known for co-anchoring an NBC’s Emmy-winning coverage of the 1988 Summer Olympics. For her hard work, she has been able to win Emmy Awards and an Academy of Television Arts & Sciences award. Moreover, she is also an author for six best selling book.

Maria Shriver was born under the birth sign of Scorpio on November 6, 1955, to father, Sargent Shriver, and mother, Eunice Kennedy Shriver. Both of her parents are involved in Political line and due to this reason, she also shows her interest in it since her early age. She is the niece of 35th U.S. President, John F. Kennedy.

Regarding her education, Maria Shriver went to Westland Middle School and later on went to Stone Ridge School of the Sacred Heart. For her higher education, she joined Manhattanville College and then transferred to Georgetown University in Washington, D.C.

The 63 years, Maria Shriver was previously in a married relationship with Arnold Schwarzenegger(Austrian bodybuilder and actor). The former couple develops their relationship after they met each other at a charity tennis tournament. After a few years of relationship, they shared the wedding vows on April 26, 1986, in Hyannis, Massachusetts, at St. Frances Xavier Roman Catholic Church.

The couple who stayed together for more than 25 years announced their separation on May 9, 2011. However, their divorce is yet to be finalized.

After the two years of separation from her marriage with Arnold, she started her dating Matthew Dowd(Political Consultant). But their relationship didn’t last forever.

Maria is the mother of four children: Katherine Schwarzenegger, Christina Maria Aurelia, Patrick Arnold, and Christopher Sargent Shriver. All of her children are from her marital relationship with Arnold Schwarzenegger.

The journalist, Maria has made rumors and controversies several times due to her relationship matter. While she was in a married relationship with Arnold, her husband fathered a child with the housekeeper, Mildred Baena. In addition there, divorce has also made news various time as it is yet to be finalized even if they have filed it seven years ago.

Maria Shriver’s Career and Net Worth

Maria Shriver started her career as a news writer for Philadelphia’s KYW-TV and later on became producer over there. Her career came to limelight after she started to work in CBS News and was able to place herself as a co-anchor of the CBS Morning News in a very short period of time in 1983.

Later on, she worked in NBC News where she hosts First Person with Maria Shriver since 1990. She has interviewed several famous personalities including Ted Turner, Magic Johnson, Sarah Ferguson and many other. Later in 2003, she resigned from NBC due to conflict of interest between her role as a journalist and her status as First Lady.

On November 17, 2003, Maria Shriver was announced as First Lady of California on 38th Governor of California.

Maria Shriver has a net worth of $100 million collected from her career in several fields such as journalism, activist, and author. Till the date, her exact salary is not disclosed but it is obvious that she has earned a huge amount from her career as she has collected a huge amount. As per the pay scale based on the US, the average salary of a Journalist is $14.50 per hour, the activist is $75,803 per annum and the author is $42,000 per annum.

As she has already filed for divorce with her husband of 25 years, she will probably get $200 million(half of Arnold Schwarzenegger net worth of $400 million) as per California’s 50-50 community property laws.

Also, have a look at the biography of Tori Spelling, Tiya Sircar, Cobie Smulders.