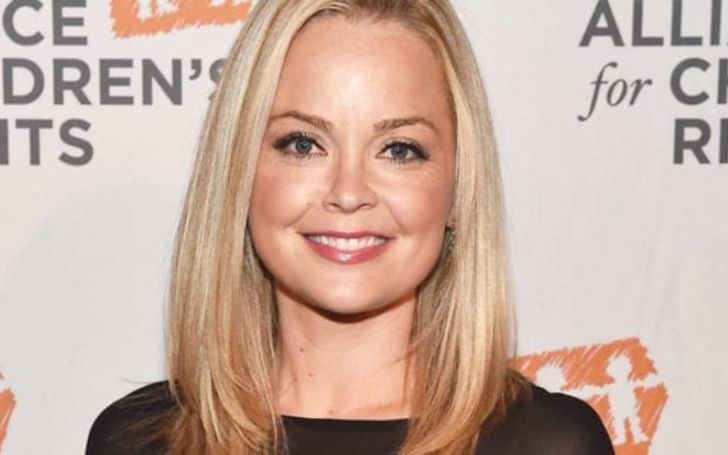 Born and raised in Minnesota, Marisa Coughlan is an actress as well as writer famous for her lead role in Kevin Williamson’s Teaching Mrs. Tingle (1999), followed by a role as Officer Ursula Hanson in the comedy Super Troopers (2001). Also, She had a recurring role in the series Boston Legal as secretary Melissa Hughes in seasons two and three. At present, she is enjoying her net worth in millions.

Coughlan was born on March 17, 1974, Minneapolis, MN under the birth sign of Pisces. She holds an American nationality ad belongs to a white ethnic group.  Her father name is Daniel Merritt Coughlan.

Talking about education, Marisa completed her graduation from Breck School, a small private school in Golden Valley, Minnesota. Later, she attended at the University of Southern California.

In 1995, she studied abroad in Paris and graduated with a Bachelor of Arts degree in French in 1996.

The 44-year-old actress, Coughlan married to her long-term boyfriend Stephen Wallack at a private estate in Pasadena, California on November 1, 2008. The couple met each other since they were teenagers in Minneapolis.

The couple shared four children together, Stephen(Finn) Wallack III, in May 2009, Merritt Wallack, in March 2011, Ireland Wallack, in August 2013, and Connor Wallack. Currently, she lives in Deephaven, Minnesota with her family.

Marisa Coughlan’s Net Worth and Career

One of the low-key Hollywood stars, Coughlan has a net worth to be around a million dollar. According to some sources, the average salary of an actress is  $50,249 per year. So she might receive at the same range from her acting career.

In 1995, Marisa appeared in TV series like Step by Step and Weird Science. After graduating, she served in episodes of shows like The Burning Zone (1996), Beyond Belief: Fact or Fiction (1997), and The Magnificent Seven (1998).

In addition, the American actress has appeared in films like Our Son, the Matchmaker (1996) alongside Katie Holmes and Helen Mirren in Teaching Mrs. Tingle and then the recurring role of Dawnie Parker in Wasteland (1999).