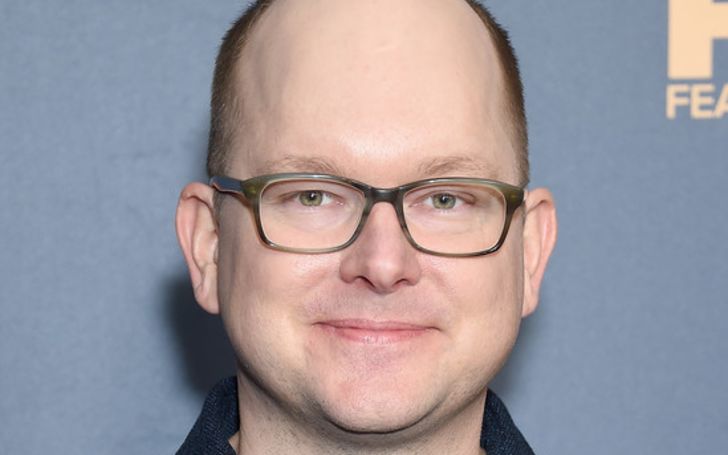 Mark Proksch is an American actor, comedian as well as writer. He is famous for his work in The Office, Better Call Saul, and What We Do in The Shadows. Furthermore, he is also very popular as a fictionalized version of himself in the On Cinema Universe.

Mark Proksch was born Mark Edward Proksch on July 19, 1978, in Onalaska, Wisconsin, the U.S. under the zodiac sign of Cancer. As per his nationality, he is American and belongs to white ethnicity.

Mark has a secretive nature when it comes to his family members and his siblings. He has also not disclosed any information about his education background. However, he might have completed his education from Onalaska.

Mark who is the age of 40 has completed kept his private life away from the media. But he is already the age of 40 so he might have married. If he is married then, he must not ready to introduce his soul partner to the media and his fans.

An in-depth knowledge of tax law can be sharper than fangs. #ShadowsFX pic.twitter.com/KzMz1crEeL

Because of his secretive personal life, it has made us hard to keep track of his relationship. Furthermore, he has also not made any headlines, of him getting in a relationship.

Marck Proksch has not disclosed any information about his net worth. His main source of income is acting, so he might have collected a good amount of money. Until now he has appeared on many television series, which we can assume that he has around $500,000 as his net worth.

According to the PayScale, the average salary of an actor/actress is around $50,364 with a median bonus of $1,015. However, their acting skills can affect their salaries.

Mark had the alias of Kenny “K-Strass” at his early career. At that time he appeared on small-market local newscasts as a yo-yo master. Later he also appeared as K-Strass while opening for Gregg Turkington‘s Neil hamburger on tour.

Furthermore, Gregg and Mark worked together on an American comedic film review podcast and web series called “On Cinema” in 2014. Since then both of them are working together to run their show.

Mark began his professional acting career in 2010, where he played his role on the television series “The Office” as Nate. He was able to make his appearance in 19 episodes over the show’s final three seasons.

Later in March 2013, he starred in the NBC television pilot “Holding Patterns”. Following year, he appeared in an episode of “Portlandia” as Carrie Brownstein’s love interest.