home Biography Who Is Meg Ryan? Here's Everything About Her Early Life, Career, Net Worth, Personal Life, And Relationship

Who Is Meg Ryan? Here's Everything About Her Early Life, Career, Net Worth, Personal Life, And Relationship 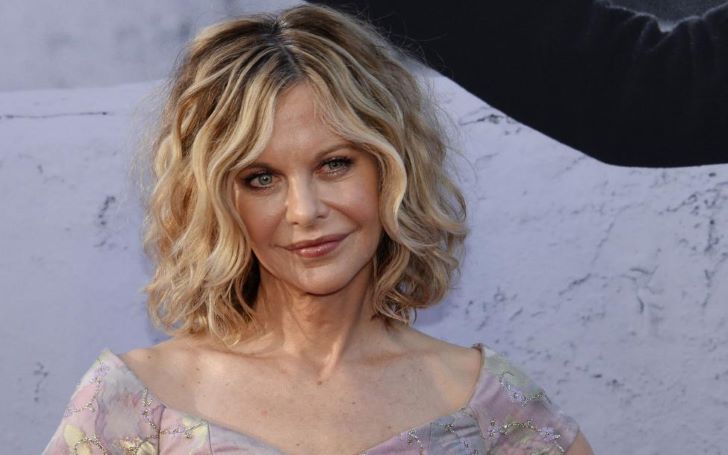 Body and Relation Status of Who Is Meg Ryan? Here's Everything About Her Early Life, Career, Net Worth, Personal Life, And Relationship

Margaret Mary Emily Hyra, also known professionally as Meg Ryan, is an American actress and producer, best known for her exceptional performance in When Harry Met Sally in 1989, which also got her international recognition and Golden Globe Award nomination. Some of the popular films she appeared ate Sleepless in Seattle, You’ve Got Mail and French Kiss.

The American actress was born on November 19, 1961, in Fairfield, Connecticut. She was born to mother Susan Jordan, a former teacher and actress and father Harry Hyra, a math teacher. As for siblings, she has a brother Andrew Hyra and two sisters, Annie and Dana.

She belongs to American nationality and white by ethnicity. Her birth sign is Scorpio.

As for the education, Ryan completed her high school from Bethel High School in 1979. Following then, she majored in journalism at the University of Connecticut and then at New York University.

Meg worked at the advertisements and drama As the World Turns during her college life. Due to her successful career, she dropped out in the middle of the study to pursue her career.

The American actress had stunning look when she appeared at the Tony Awards in June 2016. There have been rumors that she had plastic surgery to make her look even more beautiful than she was before. However, Ryan did not make any announcement regarding her new changes. In addition to her staggering beauty, she also has a good sense of fashion adaptation.

Meg Ryan Personal Life: Who is Her Daughter?

Meg married an American actor Dennis Quaid on Valentine’s Day in 1991. Husband and wife welcomed to a child Jack Quaid on April 24, 1992. The two were living sound and happy life until they divorced after ten years of marriage on July 16, 2001.

Moreover, the American actress adopted a 14 months old Daisy True from China in January 2006. She started dating an American singer John Mellencamp since 2016 and got engaged after eight years of relationship.

The gorgeous actress appeared in several films and TV series in the professional career of nearly 34 years. She has accumulated an incredible net worth of $45 million as of 2019.

Being one of the popular actresses, she also made deals with several endorsements to gain earnings. She has amassed enough to live a luxurious life.

Meg started her professional career since college life but made a debut film appearance from the movie Rich and Famous in 1981 where she played the role of Debby Blake. Following then, she worked in the TV series As the World Turns in 1982 for three years.

With the popularity, she began appearing in several TV series such as Armed and Dangerous, Promise Land, Charles in Charge and Amityville.

Ryan made a huge breakthrough from the movie When Harry Met Sally as a lead character in 1989. She continued to appear in several movies including, The Doors and Sleepless in Seattle.

In addition to acting, she directed and produced a movie named Ithaca in 2016. Her last on-screen appearance was in a documentary titled, Glyne Tider in 2016.

Who is Meg Ryan?

Meg Ryan is an American actress, director and producer, best known for work in When Harry Met Sally.

How tall is Meg Ryan?

Who is Meg Ryan daughter?

How much is Meg Ryan worth?