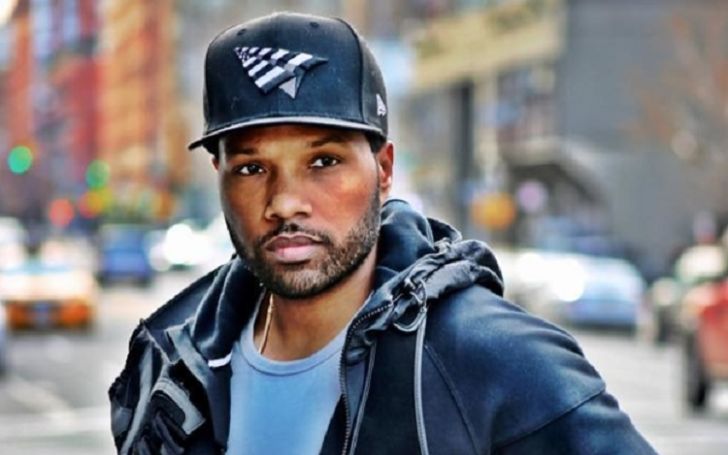 Mendeecees Harris is the famous entrepreneur and reality star, best known for his appearances on VH1’s Love & Hip Hop: New York. In addition to that, Harris serves as a music manager and was also the owner of Beat Factory studio in the Bronx. In December 2015, he was sentenced to eight years in prison for drug trafficking. Find out more about his career and crime story in his biography.

Mendeecees Harris was born on October 26, 1978, in Harlem, New York under his zodiac sign Scorpio. He is the son of Roberto and Judy Harris, who are Panamanian by birth. He was raised by a single mother along with his brother, Tyrus.

As per 2018, he has reached the age of 40. Similarly, he is of American nationality and belongs to the black ethnic background. However, there is no information is available regarding his educational life.

Mendeecees Harris is a married man; he is married to Yandy Smith. The couple wedded in the year 2015, and are parents of two kids; Omere and Skylar Smith.

Prior to Yandy, he was in a relationship with Samantha Wallace and has a child named Lil Mendeecees. Similarly, with his girlfriend Erika DeShazo, he fathered another child, Aasim.

Mendeecees Harris’ Career And Net Worth

Mendeecees Harris started his career as an entrepreneur and was involved in the real estate industry. After that, he tried his career in the music industry, by founding the music-recording studio Beat Factory in The Bronx.

What up Chicago! Make sure y'all come check me out at Bar Louie (Mattesson IL) I'll be in the building and S/O to @scoe200 @spotlight_reece @dmoney1228 @candicek_32stylist

Likewise, he appeared as a celebrity guest at hip-hop shows aroound the country. In fact, he paid more than $170,000 to the federal government from the income he made from the TV shows and appearances.

In addition, he has served in the real estate business as well as in the music industry. Though he has not disclosed his salary yet, he has an estimated net worth of around $400 Thousand.

Likewise, the music producer is active on Instagram more than 1.8M followers and on Twitter and has 50.2K followers.

In December 2015, Mendeecees Harris was sentenced 8-year in prison for drug trafficking. In fact, he pleaded guilty to a drug-trafficking conspiracy that transported drugs from New York to the Rochester region. Likewise, his appellate lawyers have argued that he played a minor role in the drug pipeline. However, the appellate court has refused to reconsider the prison sentence.